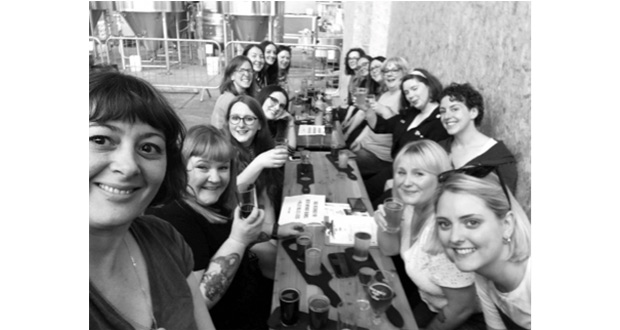 The Vice-Chair of CAMRA will be heading to Edinburgh next week to speak at the inaugural Women in Beer Festival (WIB Fest), organised by the local ‘women who beer’ group, Beers Without Beards.

The Festival, which takes place from 10-13 October, celebrates women who work in the beer industry by hosting a series of conferences, workshops and events. Abi Newton, who has been championing CAMRA’s new diversity and inclusion policies as a National Director, will be speaking on the panel about ‘Cask Ale’ and will also take part in a workshop about sexism and sexual harassment in drinking places.

Abi was approached by founder Amélie Tassin following CAMRA’s decision to ban the display and sale of beers with sexist marketing and artwork at its flagship festival, the Great British Beer Festival.

Abi Newton said: “CAMRA’s decision to publicly ban beer with sexist marketing, messaging or imagery highlighted work that we’ve already been taking for years. Making that action public sends a clear signal that CAMRA fully condemns any action or behaviour that makes people feel unwelcome or uncomfortable at a beer festival, pub, bar or place of work. I look forward to joining the Women in Beer panel to meet other like-minded people working towards that same goal.”

Amelie Tassin added: “I asked CAMRA to join the panel following the coverage of their sexist ban in August. Times are changing and we want to amplify the amazing work that women in beer are doing and create role models to help redress the gender balance.”

In addition to the workshops, visitors will have the opportunity to learn about beer from introductions to beer styles, home brewing, off flavours and more. A portion of the ticket proceeds will be donated to the charity partner Scotland Women’s Aid.

Tickets can be purchased on the Beers Without Beards website at www.beerswobeards.com