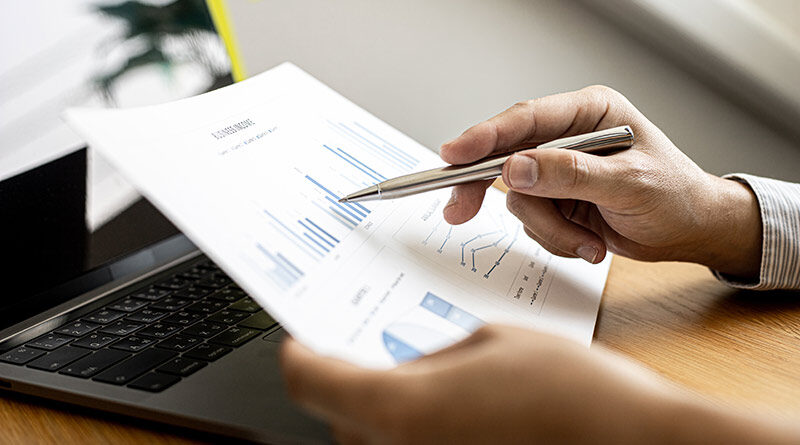 The Chancellor today (Friday 23 September) unveiled his Growth Plan to release the huge potential in the British economy by tackling high energy costs and inflation and delivering higher productivity and wages.

The plan set the ambitious target for 2.5% trend of growth, securing sustainable funding for public services and improving living standards for everyone.

The Chancellor of the Exchequer, Kwasi Kwarteng, said:

“Economic growth isn’t some academic term with no connection to the real world. It means more jobs, higher pay and more money to fund public services, like schools and the NHS.

“This will not happen overnight but the tax cuts and reforms I’ve announced today – the biggest package in generations – send a clear signal that growth is our priority.

“Cuts to stamp duty will get the housing market moving and support first-time buyers to put down roots. New Investment Zones will bring business investment and release land for new homes in communities across the country. And we’re accelerating new road, rail and energy projects by removing restrictions that have slowed down progress for too long.

“We want businesses to invest in the UK, we want the brightest and the best to work here and we want better living standards for everyone.”

Setting out the first steps towards growth, Kwasi Kwarteng revealed a package of major cuts to Stamp Duty Land Tax, with the changes expected to increase additional residential investment, boost spending on household goods and support the hundreds of thousands of jobs in the property industry from removals companies to decorators. The nil rate band will be doubled from £125,000 to £250,000, meaning that 200,000 more people every year will be able to buy a home without paying any Stamp Duty at all. The standard buyer in England will save £2,5000, meaning a typical family moving into a semi-detached property will save £2,500 on stamp duty and £1,150 on energy bills – and if they have a combined income of £50,000 around an additional £560 on tax. This is around £4,200 in total.

The Chancellor also set out plans to tackle to the biggest drag on growth – the high cost of energy driven by Vladimir Putin’s invasion of Ukraine, which has driven up inflation. To tackle this the government’s Energy Price Guarantee will save the typical household £1,000 a year on their energy bill with the Energy Bill Relief Scheme halving the cost of business energy bills, reducing peak inflation by about 5 percentage points.

Also revealed today were major tax reforms to allow businesses to keep more of their own money, encouraging investment, boosting productivity and creating jobs. New measures include cancelling the planned rise in corporation tax, keeping it the lowest in the G20 at 19%, and reversing the 1.25 percentage point rise in National Insurance contributions, a change which will save 920,000 businesses almost £10,000 on average next year. The Chancellor also announced more relief for businesses by making the Annual Investment Allowance £1 million permanently, rather than letting it return to £200,000 in March 2023. This gives 100% tax relief to businesses on their plant and machinery investments up to the higher £1 million limit.

Revealing further tax reforms, Kwasi Kwarteng outlined sector specific support for pubs and hospitality, freezing alcohol duty for another year. Reforms to modernise alcohol duties will also be taken forward and the government will publish a consultation on these plans. The new measures backing business come on top of the government’s Energy Bill Relief Scheme for businesses to cap costs per unit, which will protect them from soaring energy costs this winter by providing a discount on wholesale gas and electricity prices.

The Chancellor also reiterated the important principle of people keeping more of what they earn, incentivising work and enterprise. He announced a 1p cut to the basic rate of income tax one year earlier than planned. From April 2023, the basic rate of income tax will be cut to 19% and will mean 31 million people will be better off by an average of £170 per year. Due to the combined impact of the reversal of the HSCL and the reduction of the Income Tax Basic Rate, someone working full time on the current National Living Wage will see a tax cut of over £100.

Alongside cutting the basic rate of income tax, the Chancellor also abolished the additional rate of tax, taking effect from April 2023. In its place will be a single higher rate of income tax of 40%. The policy removes the UK’s previous top rate tax, which was higher than countries like Norway, USA and Italy, and is designed to attract the best and the brightest to the UK workforce, helping businesses innovate and grow.

Steve Alton, CEO of the British Institute of Innkeeping commented “Today’s announcement by the Chancellor does not address the vulnerability of our members’ pubs in every community. The energy price guarantee, whilst welcome, will see most pubs at least doubling their energy costs from last year in addition to the inflationary pressures on their costs of doing business.

“We are hopeful that a number of his measures will support consumer confidence and maintain demand at this now critical period of trading. His recognition of too many barriers to enterprise must now also translate into radically reduced regulation allowing our members to trade fully and freely alongside delivering a significant reduction in the ongoing disproportionately high business rates that our members pay.

“We will continue to engage and make the case to Government for our members as they conduct their review into vulnerable sectors with the Prime Minister having previously referenced our local pubs. Simply without further support many pubs will fail.”

UKHospitality CEO, Kate Nicholls, commented: “The stated objectives of boosting growth and tackling inflation rightly put business at the heart of the Govt’s agenda, but today’s measures will take time to take effect.

“The Chancellor committed to making the UK a globally competitive tax regime, yet overlooked two obvious levers to achieve that, through lower VAT and business rates reliefs. Our VAT rate is the highest in Europe, which is starkly at odds with ambitions for global tax competitiveness and will hopefully be addressed in the autumn Budget, if not before.

“While tax free shopping for overseas customers is a welcome step to attract overseas tourists, a far more immediately impactful step would be to reduce VAT for our domestic customers. Our VAT rate is the highest among modern economies, so if we want a globally competitive market, we need lower VAT and an equitable alternative to business rates. Without such measures – which would help to keep prices down for customers – thousands of businesses and many more jobs will be lost.

“Confirmation of the energy and NIC proposals will allow our businesses to better plan for survival. Indeed, today’s announcement includes a number of positive measures which will bear fruit in due course, but more is urgently needed to help struggling businesses survive through the winter. There’s a clear shortfall between the positive tax plans and the lack of needed immediate business support.”