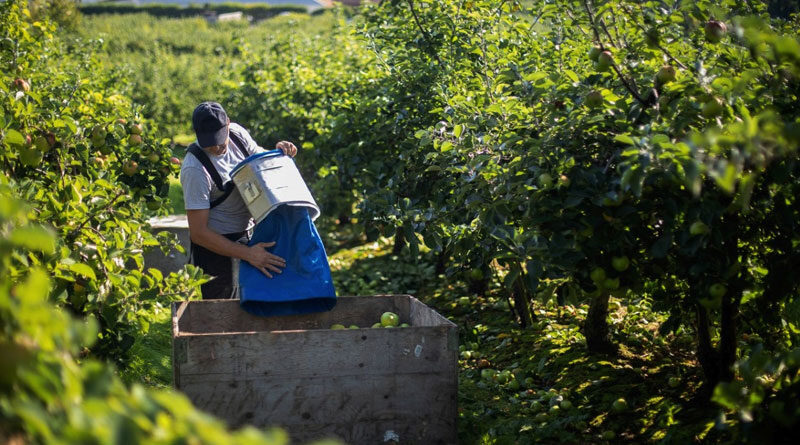 Members of the public polled by YouGov have given their overwhelming support to a call to change the rules on as the minimum amount of juice required to be in a pint of cider, in order to improve quality and safeguard the nation’s orchards.

A YouGov survey found that 93% of people think that the preservation of traditional orchards is important – with 87% of respondents supporting raising the ‘minimum juice content’ of cider to help halt the decline of orchards.

To be taxed and sold as cider, the Treasury currently requires a product to have just 35% juice – this is known as the ‘minimum juice content’. CAMRA is calling on the Treasury to raise the minimum juice content for cider to 50%. This modest increase would help improve cider’s value perception, integrity and reputation – and provide a renewed demand for acres of orchards bearing tannin-rich apples that are currently being wound down due to a lack of demand.

CAMRA has shared an open letter to the Treasury urging to take action and is encouraging consumers to back the campaign by visiting the Great British Beer Festival, which opens its doors to the public this week at Olympia London. Despite its name, the festival also boasts a huge selection of real ciders and perries, as well as a brand-new programme of cider tastings at its Discovery Bar.

Festival goers can learn more about the ingredients, techniques and people behind Britain’s best beers and ciders.

CAMRA’s Cider champions have organised a mouthwatering evening schedule of informal cider and perry tastings each evening, including:
• An introduction to session and traditional craft cider in kegs and why your local should have them on the bar with Gabe Cook (The Ciderologist) and The Real Al Co.
• The art of blending cider with Albert Johnson, Ross Cider
• Let’s Talk Bubbles: How Sparkling Cider gets fizzy – with Alison Taffs of The Hop Inn and Hop Shop Hornchurch
• East meets West in one City – with London Cider Club and The Real Al Co.

Real Ale, Cider and Perry Campaigns Director Gillian Hough said:
“Real cider and perry is undergoing a renaissance. Here at The Great British Beer Festival, we have a range of some of the very best range of homegrown products all in one place. Come and explore our fantastic cider and perry range, debate the future and discover what our cider and perry makers think.

“As consumers refocus on the emerging UK cider and perry craft market, it is fantastic to see that nearly 90% of the public support increasing the minimum juice content for cider and perry. If HMRC regulations changed, it would guarantee consumers that our cider and perry were quality products containing more juice than water. It would authenticate all UK-made cider and perry’s as pure, natural products. Demand for freshly pressed juice from UK orchards would also benefit our environment and in turn our mental health, at a time when sadly many orchards are being wound down due to a lack of demand.”