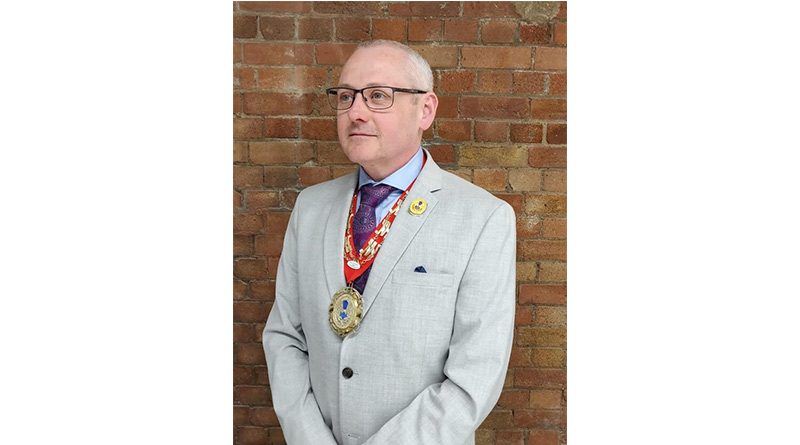 The leading professional body for chefs in the UK, the Craft Guild of Chefs has appointed a new chair and vice chair following its AGM on 11th April 2021.

Development chef at Alliance Group and former vice chair of the organisation Matt Owens takes on the role of chair, whilst stadium titan Mark Reynolds, executive head chef of Tottenham Hotspur Football Club, is appointed to the position of vice chairman.

Andrew Green, chief executive of the Guild says the appointments are well deserved: “Matt has part of the committee team for some 20 years now, so he is well versed with how we operate. I’m confident he will not be afraid to move us even further forward and make those all-important tough decisions. No doubt he will have his own ideas, but at the same time he has always been a great listener and always takes on board what others say. To be partnered with Mark Reynolds as vice chair is a great match. Mark’s depth of knowledge and professional approach is a great asset. All in all, exciting times ahead.”

Owens takes over the role from Andrew Bennett MBE, who stepped down in November 2020 due to ill health. Owens has a wealth of industry leading experience including key positions in some of London’s top five-star hotels such as The Four Seasons Park Lane and The Waldorf Hotel as well as stints at Circadia at Compass, Zuidam, and Major International. Owens joined Alliance Group as development chef in August 2021 and will continue his role there in parallel with chairmanship.

Owens has ambitious plans for his tenure. A brand-new strapline and mission statement have been created, and he has added four new positions to the committee management team across wellness, youth, social media and member benefits, in order to support the growing needs of the organisation.

On setting out his strategic platform, Owens focusses on membership growth and retention, whilst desiring to grow the mobile app which he helped to develop last year, and expand the organisations Culinary Academy, relaunched in 2020.

Owens comments: “It was an absolute pleasure to have worked alongside Andrew Bennett as vice chair for 18 months and I really hope I can continue all of the hard work and dedication he put into the Guild. It’s going to be a very hard act to follow. I am thrilled to have Mark Reynolds by my side as vice chairman and along with the rest of the committee, we have a great team.”

Steve Munkley, a vice president of the Guild, agrees Matt is the chef for the job: “Having been part of the committee for many years Matt has quietly watched and learnt from others and it is now his time to put his stamp on the team for 2021 and beyond. Already we have had the most applications for committee positions in the last ten years; a true reflection on chefs wishing to work with Matt.”

Steve Scuffell, chair of the vice presidents, also welcomes Matt into the new role: “I have had the pleasure in working with Matt on various charity events and demonstrations both here and overseas and he has always been a go-to person. He has judged at salons around the globe and is a well-respected judge. I am sure Matt, who has a long and distinguished work career, will bring all of these attributes to the table when he takes on the new position.”