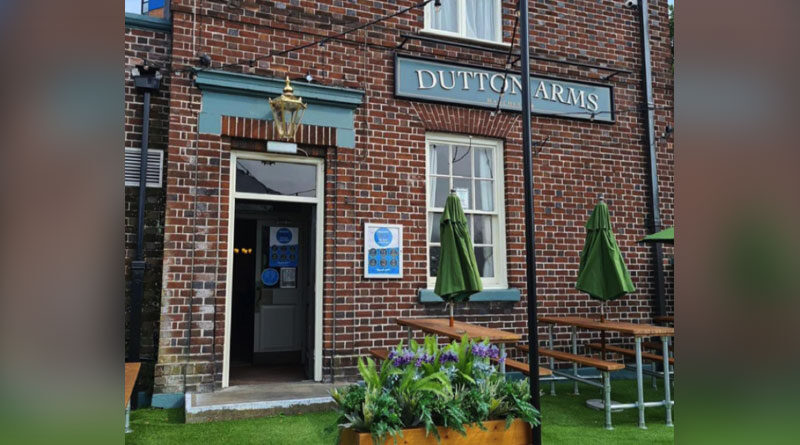 The Dutton Arms, a traditional community pub in Manchester, will be hosting a 24-hour charity fundraiser this weekend to raise money for the Cystic Fibrosis Trust and Crohn’s and Colitis UK. 12 local residents will be aiming to raise over £5,000 by playing pool and darts, from 6am on Saturday 21st May through to 6am on Sunday 22nd May.

The marathon event will see the group challenged by several customers, as well as local leagues. The pub will also be hosting games throughout the day, including £1 play station tournaments and stock throwing, where each individual will be on the receiving end of water sponges. All money raised will be split between the two important charities.

A darts board signed by leading stars, Michael Van Gerwen, James Wade, Rob Cross and Daryl Gurney will be up for grabs through a blind auction. Local businesses have also donated prizes including a Manchester United hamper, Lancashire Cricket tickets and a Breakout voucher, all to be included in a raffle prize draw.

Cystic Fibrosis Trust works to make a daily difference to the lives of those with the condition and the people who care for them. Cystic fibrosis is a life-shortening genetic condition – only half live to celebrate their 40th birthday.

Crohn’s Disease and Ulcerative Colitis are two main forms of Inflammatory Bowel Disease which are lifelong diseases of the gut. Crohn’s and Colitis UK provide support and advocacy for people affected by the condition.

Colin Openshaw, leading the fundraiser event, commented: “What a day we have planned for two great causes close to our hearts, it is ok having these ideas but if you don’t have the people around you to pull it off then things like this wouldn’t take off. Donna and the 12 challengers have been fantastic in their efforts to make this event happen, especially Donna, anything we’ve asked for she’s accommodated as well as getting the fundraising going before we even started. From selling raffle tickets down at the pub as well as a pennies for pints idea, she really is a credit to the community and we can’t thank her enough”

At the helm of the pub, is local licensee, Donna Roberts who joined the Dutton Arms in December last year, and has already become a very popular figure in town. The Dutton Arms is owned by UK’s leading community pub group, Admiral Taverns, who own 1,600 pubs across the country.

Donna Roberts, Operator at the Dutton Arms, commented: “It’s a privilege to be hosting such a fantastic event for two amazing and very important charities. Since taking over the pub, I have been overwhelmed by the constant support and I wish Colin and the team good luck for the event. I can’t wait to see as many locals down to support as possible.”

Throughout the day, around 250 people are expected to take part.

Becky Whitlock-Torr, Business Development Manager at Admiral Taverns, commented: “Donna has been second to none since taking over the Dutton Arms – everything she does is for the community. She has already hosted some amazing charity events and I wish her and the team every success for this weekend.”