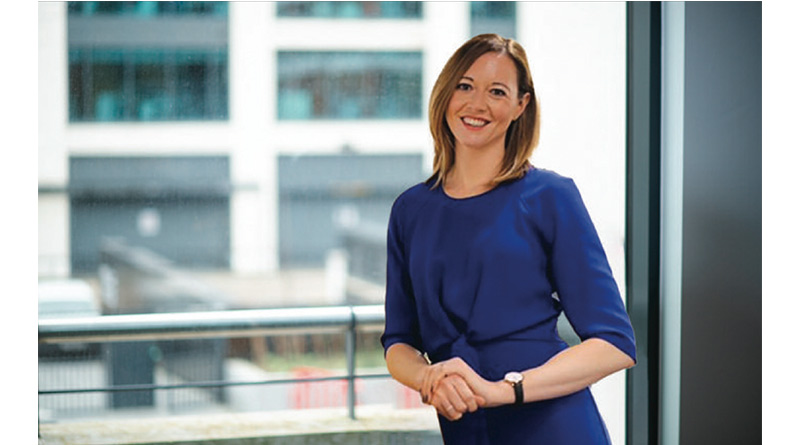 Lucy Gordon, Director in the Employment team at leading law firm, Walker Morris (www.walkermorris.co.uk), discusses whether employers can require staff to be vaccinated against Covid-19.

The UK government has confirmed that it will not embark on mandatory vaccination for UK residents, which leaves open the question of whether employers could require staff to be vaccinated as a condition of attending work.The legality of this approach, and the fairness of taking disciplinary action in the event of non-compliance, like many things in employment law, is a question of what is reasonable.

On 14 April, the Department of Health and Social Care launched a five-week consultation period regarding a proposal to require care home providers to only engage staff who have had the vaccine, unless they are exempt for medical reasons.This represents a significant change from the early messages about encouraging take-up, but stems from the fact that only 53% of care homes currently meet the SAGE recommendation to have 80% of staff and 90% of residents vaccinated. If adopted, the requirement would apply to all staff, including agency workers and volunteers, and those engaged in ancillary functions such as cleaning and catering.

Given that a final decision is unlikely before the summer, what are the risks for private –sector employers looking to adopt a mandatory approach in the meantime?

WHAT ARE THE RISKS?

Assessments would need to be undertaken to determine whether a vaccination programme is a proportionate method of addressing the risk posed to residents/care users, or whether other options are available. It may constitute a reasonable management instruction to have the vaccine where, for example, it is difficult to employ other safety measures such as social distancing and frequent hand-washing, but situations such as these outside of the care sector are likely to be rare, and employers would need to be mindful that any blanket approach could indirectly dis- criminate against certain groups, such as on the basis of disability or religion.

In healthcare in particular, employers would need to be mindful of the distinction that the government has drawn by limiting its proposal to care homes with residents over 65, and consider whether a requirement for vaccination in other settings is justifiable in this context.A key battle- ground would be “anti-vaxxers” and whether an objection to vaccination could be considered to be a philosophical belief. Employers would need to consider how they would provide for these exemptions and whether these would reduce the effectiveness of the programme overall.

Prioritising certain groups within a workforce for vaccinations could also give rise to risk for employers if based on perceptions or assumptions about the level of risk of infection. For example, well-meaning employers hoping to offer priority vaccinations to those in certain age- groups or with particular risk factors could face discrimination claims if they inadvertently make assumptions that turn out to be incorrect. Regarding new entrants to the profession, it appears that a grace period would be permitted during which the individual can arrange a vaccination. Otherwise, such policies risk indirectly discriminating against younger applicants who may not yet have been offered a vaccine.

One particular area of pressure for employers could be third parties requiring that staff are vaccinated – for example, prior to accessing their sites. It has been suggested that members of the public may be required to demonstrate that they have been vaccinated to access public spaces such as air travel and sports events. Businesses providing individuals to work at such locations may also be asked to ensure that their staff also comply with this requirement. Employers would need to be mindful that they should not acquiesce to any instructions to discriminate, and that it might be necessary to make exceptions for some and/or reasonable adjustments for disabled employees who may not have been able to be vaccinated. Such circumstances will require careful discussion with third parties.

WHAT IF AN EMPLOYEE REFUSED A REQUEST?

If an employee refused consent for a vaccination, the employer would need to decide whether it was reasonable in the circumstances to take disciplinary action and/or to consider redeploying the employee to another role, if available.This would depend on the reasons given for the refusal and the employer’s justification for requiring vaccination in the first place.

A further potential for discord would be employees refusing to work with non-vaccinated colleagues if they themselves are unable to be vaccinated. Employers would need to bear in mind the competing interests of employees and consider whether alternatives, such as changing either or both employees’ duties or work stations could resolve any disputes.

WHAT CAN EMPLOYERS DO?

It is likely to be far safer and less contentious for employers generally to promote take up of vaccines rather than to enforce roll-out, just as the government will be doing. Employers should be mindful of different viewpoints and take positive action to encourage reliable, fact-based information being given to employees. Employers could also consider inviting in healthcare specialists to answer employees’ questions to allay any concerns. For those in healthcare, the government has produced a full pack of supporting documentation, including posters and leaflets that can be used to encourage take-up of vaccination.