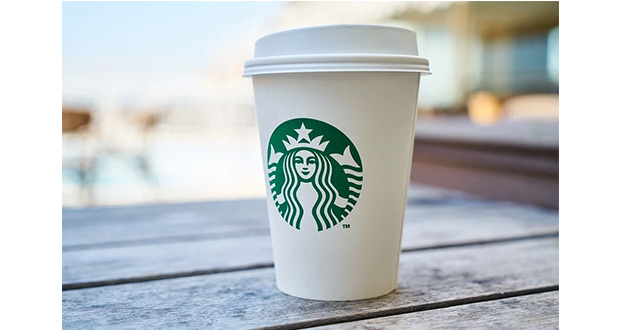 Many high street coffee chains are failing to make progress towards Public Health England’s voluntary sugar reduction targets with their festive milk and milk alternative hot beverages – most of which would be eligible for the Soft Drinks Industry Levy – according to a NEW nationwide survey by Action on Sugar, based at Queen Mary University of London.

The survey, which analysed both the sugar and calorie content of the largest available sizes of hot chocolates and seasonal lattes made with milk and milk alternatives (i.e. oat, almond, coconut, soya, rice-coconut) by popular high street chains, revealed certain seasonal beverages contain almost as much sugar as three cans of Coca Cola. Furthermore, all of the largest available size products surveyed would receive a red traffic light for total sugars (>13.5g/portion) – the exception being Costa’s Gingerbread Lattes (Medio) (made either with milk, soya or almond milk), and Pret’s Soya Pumpkin Spice Latte which would receive amber.

According to the survey findings, the worst hot chocolate ‘offender’ is Starbucks Signature Caramel Hot Chocolate with whipped cream, using Oat Milk (Venti). This extra-sweet beverage has a staggering 23 teaspoons (93.7g) of sugar in one drink, and a whopping 758 calories – the same as eating four white chocolate and strawberry muffins!

HM Treasury was due to review the continuation of milk-based drinks exempt from the soft drinks industry levy (SDIL) in 2020 but election manifestos from Labour and Liberal Democrats have each pledged to extend the successful Soft Drinks Industry Levy to include sugary milk-based drinks , which was also proposed in Chapter 2 of the Childhood Obesity Plan and the Green Paper Advancing our health: prevention in the 2020s. Action on Sugar is now urging the next government to ensure that the mandatory soft drinks industry levy will be extended to both sugary milk and milk-alternative based drinks in order to create a much-needed level-playing field.

Registered Nutritionist, Holly Gabriel at Action on Sugar, says: “It is shocking that so many high street coffee chains are wilfully putting their customers’ health at risk despite PHE setting sugar reduction targets for sugary milk drinks in 2018. Responsible coffee shops have shown reformulation is possible within this category. For example, Costa have made some significant reductions in sugar since 2016 and some now offer smaller sizes as standard for seasonal drinks.

“Coffee shops and cafes need to take much greater steps to reduce the levels of sugar and portion sizes, promote lower sugar alternatives and stop pushing indulgent extras at the till.”

Katharine Jenner, Campaign Director at Action on Sugar, based at Queen Mary University of London, says: “You can always add sugar in, but you can’t take it out. Customers looking for dairy alternatives could be shocked to learn that many coffee shops and cafes use pre-sweetened alternative milks as the nutrition information is often very difficult to find – with information only available on websites or not at all. Only Pret A Manger had information available on screens in store.

“The hospitality industry has a key role to play in being transparent to help reduce the amount of sugar we consume, which is one of the biggest causes of obesity, Type 2 Diabetes and tooth decay. Companies must improve the flow of healthy options bought by always displaying clear nutrition information at the point of sale.”