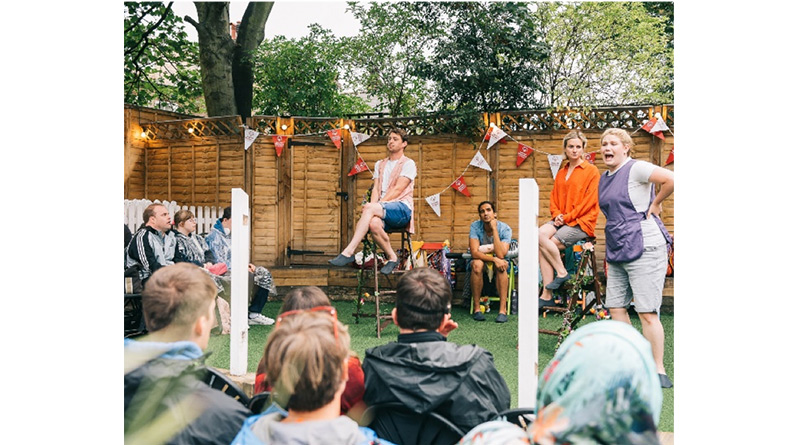 Fuller’s has renewed its partnership with Special Olympics GB for a further 12 months, with both organisations committed to building on the hugely successful existing partnership to help transform the lives of more people with an intellectual disability through sport.

Special Olympics GB is a non-profit organisation and the largest provider of year-round, sports coaching and athletic competition in summer and winter sports for children and adults with intellectual disabilities. Special Olympics GB currently has 105 all ability, inclusive sports clubs covering 28 sports across England, Scotland and Wales and reaches over 10,000 athletes.

An Official Partner since 2018, Fuller’s has been a generous, proactive and creative partner to Special Olympics GB from raising much needed funds including donations from promotional Children’s menu items and Ale & Pie tasting boards to donations from customers through Pennies charitable giving. Fuller’s employees have also joined in the fundraising with initiatives from the Fuller’s football tournament and pub quizzes to recent national campaigns such as the Captain Tom 100 challenge.

Commenting on the renewed partnership, Paul Richardson, Chair of Special Olympics GB said: “We are delighted, and hugely grateful that Fuller’s has decided to extend its partnership with Special Olympics GB for a further 12 months. Working with Fuller’s has proved to be a fantastic partnership for both sides and when we see its vision to celebrate individuality, create a world where everyone is respected and to welcome everyone into the Fuller’s family, we couldn’t ask for more. This truly demonstrates the fundamental impact our athletes and their successes and achievements have had on Fuller’s.

“With 94% of people with an intellectual disability NOT in paid employment this is a great step forward and one which we hope other forward-thinking companies will embrace. The last 18 months has been an incredibly difficult time for those in the hospitality industry and for Fuller’s to continue with its commitment and support speaks volumes. Huge thanks to everyone at Fuller’s and all its customers who have supported Special Olympics GB to date. It is very much appreciated.”

Simon Emeny, Chief Executive Fuller’s said: “Special Olympics is all about inclusivity and so is hospitality. The connection with Special Olympics GB is a great way of introducing our teams to the possibilities that other people have – yet which can go unnoticed. Public houses have always been a place for all – and with such a high proportion of people with an intellectual disability feeling socially excluded, we want to do our bit to address the issues. I’m delighted that we are continuing our partnership with Special Olympics GB for another year and I can’t wait to see where the partnership goes next.”