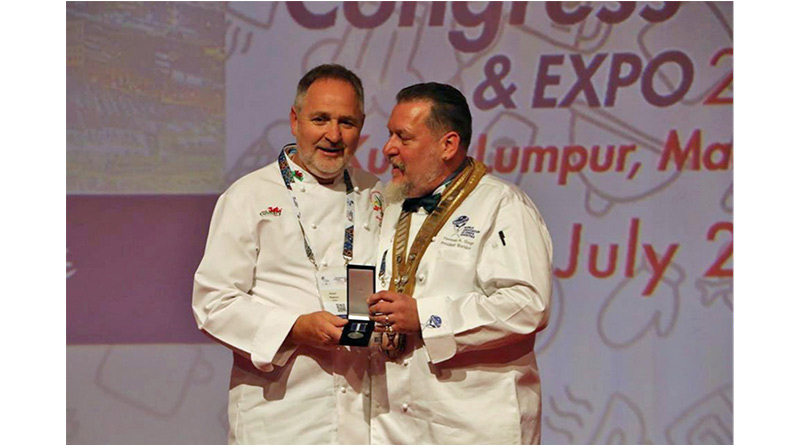 The global Covid-19 pandemic has forced the cancellation of a prestigious four-day culinary event that was set to attract the world’s best chefs to compete in Wales in October.

With pandemic restrictions continuing to impact countries around the world, the Culinary Association of Wales (CAW) had no other choice than to call off the Worldchefs Global Chefs Challenge, scheduled for the Celtic Manor Resort, Newport from October 23-26.

This major Worldchefs event comprises three competitions and chefs were set to fly in from countries worldwide. However, due to pandemic travel and quarantine rules in their own countries, many finalists and jury were forced to withdraw, potentially leaving only European chefs to compete in a downgraded competition.

CAW president Arwyn Watkins, OBE, said: “It is very disappointing because the Culinary Association of Wales and our partners have made a significant investment in resources and time to host this prestigious global competition.

“However, with the possibility that the competition would not run as intended, due to the global impact of the Covid-19 pandemic, it was not something that we are were prepared to support and underwrite. We set out to host the postponed Global Chefs Challenge Final 2020 and not a lesser, alternative competition.

“The only positive news is that we have received an assurance from Worldchefs president Thomas Gugler that the three Welsh chefs who were due to compete at the Global Chefs Challenge Final will now be allowed to compete when the event is held at the Worldchefs Congress in Abu Dhabi in May 2022.”

In his letter to Mr Watkins, Mr Gugler said: “We as an organisation realise the hard work that has already gone into this project and the massive time and effort that your committee has put into this event to make it a great success.

“We clearly understand the disappointment from Wales to have to concede to Covid and the trying conditions, not only in your region but also on how you have acknowledged the challenges for the competitors and jury for the event.

“We all understand how hard and agonising this decision must have been. We will highlight at the Congress in 2022 the outstanding contributions Wales has given to the organisation of the Globals.”