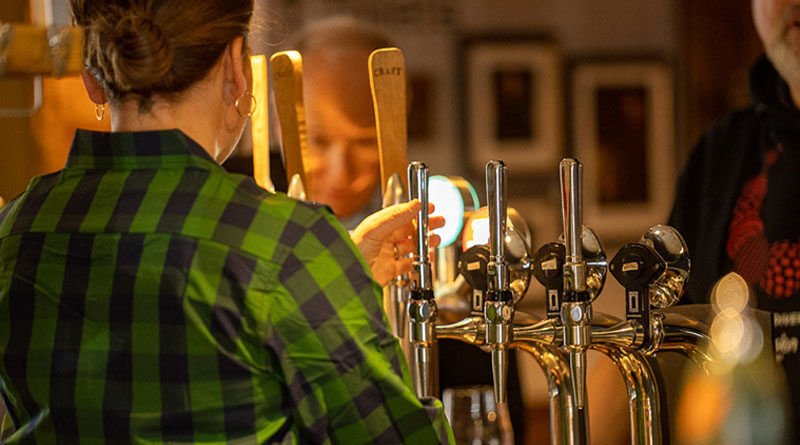 First launched in 2019, the scheme is designed to give prison leavers a chance to start over with a sustainable career in hospitality. Releasing Potential gives those on ROTL (release on temporary licence) and TTG (Through the Gate – having completed their term in custody) the opportunity to join Greene King in a series of roles directly upon release.

Potential applicants are selected from both recent prison leavers and those still carrying out their sentence, and specialist training and support is given until they are released. If a successful work trial and job interview is completed, the applicant is immediately offered a relevant role at Greene King.

In the first year of the scheme, 28 prison leavers joined the business and Greene King now has a relationship with over 35 different prisons across the UK.

Applicants can join Greene King in a number of roles, including Back of House (BOH) jobs such as working in the kitchen, Front of House (FOH) roles, such as serving, or Hotel Housekeeping positions, working to clean and prepare rooms.

As well as providing an employment scheme post release, Releasing Potential also helps applicants ready themselves for work while carrying out their sentence. Working with several partners and charities such as the New Futures Network, the Ministry of Justice, NOVUS, Only A Pavement Away and the Recruitment Junction, Greene King offers support, training and resources that are tailored to each applicant’s individual needs and helps them to prepare for life outside of custody.

Andrew Bush, chief people officer at Greene King, said: “We understand that everyone has a past, but regardless of background we want to help people build a successful future in the hospitality industry.

“We recognise the importance of social mobility and our role in supporting it. Releasing Potential isn’t just a one-off drive to help prison leavers, it’s a key focus for our business that will continue to grow and expand, supporting those in the prison system on their journey to a successful rehabilitation. We’re pleased that 100 prison leavers have already joined the Greene King family and look forward to welcoming many more successful applicants in the coming months.”

One current employee, who wishes to remain unnamed, said: “I joined Greene King Releasing Potential prison leaver scheme, whilst in custody and I was anxious and nervous about what I was going to do after my release, how people would react to an ex-offender and how people would prejudge me. I had already written myself off, thinking no-one would be willing to give me a second chance.

“I welcomed the offer of a kitchen role by Greene King, I had no hospitality experience but was keen and eager to learn, valuing not only the job offer but the opportunity to turn my life around.

“The positive impact of my employment with Greene King has been that I have learned new skills and currently working towards a Level 2 Kitchen apprenticeship. I have also positively reconnected with family and adjusted back into society.”

Currently, those in the process of completing a prison sentence face immense challenges when re-joining society. Upon release, prison leavers receive a discharge grant of just £76. In many instances, once travel back to their former hometown or city is paid for, as well as basic amenities, this leaves many with almost no funds whatsoever to restart their lives.

Greg Mangham, Founder & CEO of Only A Pavement Away, said: “The work Greene King is doing is really making a difference. Our data shows that out of 70,000 prison leavers released each year, just 15% are in P45 employment one month after release.

“In total, re-offending costs the taxpayer £18 billion each year and to make things even more challenging for prison leavers, 50% of employers currently reject someone if they have a criminal record. So getting a job is crucially important and we know that a prison leaver who has a steady job is 87% less likely to re-offend.”

In 2020, Greene King won ‘Leadership of the Year’ at the UK social mobility awards, thanks in part to the Releasing Potential scheme, and in 2021 it scored three top awards for recruitment at the Tiara talent awards.