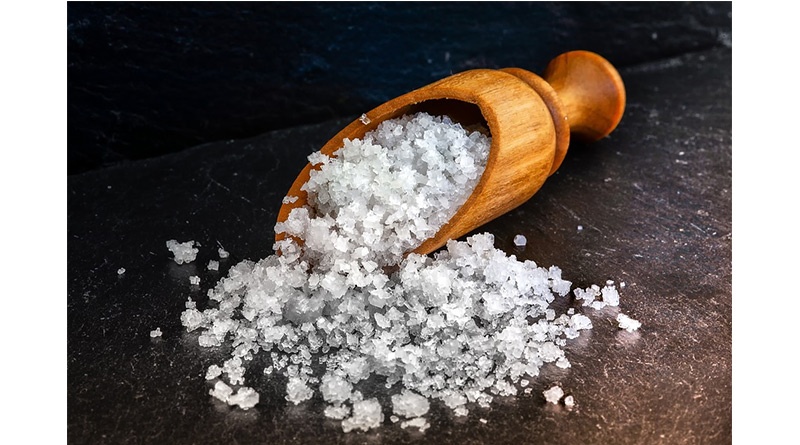 NEW research by Action on Salt (based at Queen Mary University of London and Bart’s Hospital) has exposed the shocking reality of many ‘healthy’ sounding plant based and vegan meals[i] being served at UK restaurants, fast food and coffee chains.

To mark Salt Awareness Week (9th-15th March 2020), the group of experts is urging the Secretary of State for Health, Matt Hancock to implement more robust salt reduction targets – with proper enforcement – in order to create a fair and level playing field across both the retail AND eating out sectors.

Data from a recent public opinion poll to accompany the survey highlights one of the main reasons why people consume plant-based food is that they are perceived to be healthier[ii]. However, this survey (the largest of its kind) of 290 plant-based and vegan meals collected from a total of 45 restaurant, takeaway, fast food and coffee chains, reveals the shocking truth about their salt and saturated fat content, and the dismal lack of nutritional information available. If food or drinks are high in saturated fat, salt or sugar (HFSS), they are not classified as ‘healthy’[iii].

Restaurant Plant Based and Vegan Meals

If these restaurant chains were to display colour-coded nutrition information on their menus like packaged food in supermarkets, more than four out of five (127/151) plant-based meals would have a red label for high salt content (i.e. >1.8g salt in a meal).

Interestingly, the variation in salt content of similar meals served at different restaurants is surprising and shows that salt isn’t needed for flavour – with some restaurants offering tasty dishes that have seven times less salt than their competitors, clearly demonstrating that these meals can easily be made with much less salt.

A whopping two thirds of plant-based meals (82/128) available in fast food and coffee chains would get a red label for being high in salt (>1.8g salt per portion) – along with nearly two in five (29/128) meals containing 3g or more salt i.e. half of an adult’s maximum daily intake of salt.

Sonia Pombo, Campaign Manager for Action on Salt says: “This survey highlights that some restaurants are always looking for new ways to produce unhealthy dishes, this time hidden under a vegan health halo, but continuing to drown us in salt and saturated fat just the same. Eating a more plant based diet can and should be beneficial for a number of reasons, but whether you are looking to eat less meat for animal welfare, sustainability or health reasons, it is important to know a ‘plant-based’ or ‘vegan’ label does not automatically qualify a product as healthy. It is time for restaurants and cafes to step up and start making food that is healthy for us and better for the planet”

Zoe Davies, Nutritionist at Action on Salt explains: “Making healthier choices isn’t always the easy option, but whereas much of the retail sector voluntarily displays clear nutrition information on the front of their packaging to help shoppers find the healthier options, the eating out sector have yet to be as transparent.

“In fact, they are hiding behind labels such as ‘vegan’ and ‘plant-based’, and our research shows this is misleading customers into thinking they are healthy. We therefore need to see clear nutritional information displayed both online and on menus, to make it easier for diners to make genuine, informed healthy choices.”

Graham MacGregor, Professor of Cardiovascular Medicine at Queen Mary University of London and Chair of Action on Salt, adds: “It is shocking that many in the out of home sector appear to be deliberately ignoring the voluntary salt reduction targets, in what many regard incorrectly as healthy food. The government must enforce stricter and more comprehensive salt reduction targets and create a fair and level playing field wherever you choose to eat.

“Salt is the leading cause of raised blood pressure which in turn is the major cause of strokes and heart disease. According to the Department of Health & Social Care each one gram/day reduction in population salt intake, saves more than 4,000 premature deaths per year.  Given this, it is immoral of any food company not to do their part, and the Secretary of State needs to act now.”