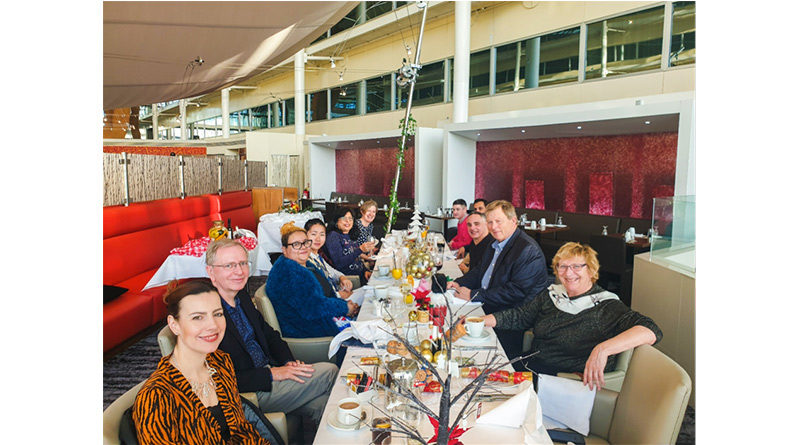 STAFF at a London hotel have played Santa, by giving an early Christmas gift to hard-working charity volunteers.

Hilton London Heathrow Airport has an on-going relationship with Hounslow Food Box, giving the charity essentials, such as food, bedding and toiletries, to help families in need.

And, to reward the charity’s team of volunteers, Team Members at the hotel decided to give them an early festive treat – by hosting them to a full Christmas lunch.

Hilton London Heathrow Airport treated 12 volunteers to a traditional roast turkey meal with all the trimmings, followed by Christmas pudding, to say ‘thank you’ for all their hard work.

“We’re pleased to partner with Hounslow Food Box who do an amazing job for the community,” said David Clarke, HR Manager at the hotel, “and, as we are also part of that community, it matters greatly to us that we offer them whatever support we can.

“Our partnership with the organisation aligns with Hilton’s goal to double its investment in social impact by 2030.”

As part of the hotel’s ongoing partnership with Hounslow Food Box, Team Members have fund-raised to buy items for the charity and have donated hats and gloves, to be given out by Food Box throughout the winter months.

They have also donated pillows which are no longer being used at the hotel and provided personal hygiene products, while the hotel’s chefs have devised recipes so Food Box users can create tasty meals from the ingredients that are given out.

The volunteers at Food Box freely give their time to help others,” said David, “so we thought they too deserved a treat – and we wish them and everyone associated with Food Box a very merry Christmas.”