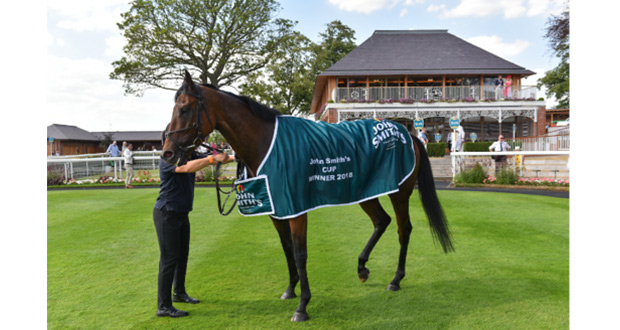 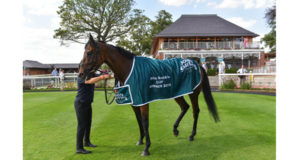 This month, John Smith’s – Britain’s favourite classic ale[1] – is celebrating the Diamond Jubilee of the John Smith’s Cup, the longest running horseracing commercial sponsorship in the world. On Saturday 13th July, punters will be donning their finest outfits and heading out for a fantastic day of racing at York Racecourse.

Starting out as a collaboration between the local brewery and its neighbouring racecourse, the John Smith’s Cup has evolved to become one of the most important racedays in the sporting calendar, attracting racegoers from across the country to showcase “Yorkshire’s Finest”.  The sponsorship, which began back in 1960, has continued for six decades to become the hallmark of exemplary horse racing that it is today.

John Smith’s has long been associated with sport and, in addition to horse racing, the beer is a proud supporter of clubs and pubs across the country with its darts kits and support of local football and rugby teams. Championing every day, ordinary folk who are actually anything but, John Smith’s is inviting some special locals, who are ‘Only Ordinary By Name’, to attend the races and have the once in a lifetime opportunity to present a trophy to one of the day’s winning riders.

With John Smith’s home firmly in North Yorkshire, the John Smith’s Cup has become a fundamental part of the beer’s history and heritage, symbolising and supporting its Yorkshire roots which are just as strong today as at its inception in 1758, incidentally they have been racing on the Knavesmire for all of this time, having started in 1731

Richard Barnes, Marketing Manager for John Smith’s at HEINEKEN commented: “For over 250 years we have been brewing from our home here in Yorkshire. We’re proud of our roots, and enjoy celebrating with local racegoers, and those from further afield at the John Smith’s Cup each year. To be commemorating the Diamond Jubilee – currently the longest-running commercial horse racing sponsorship in the world – with everyone in Yorkshire will be an amazing occasion and an opportunity for us to thank everyone who has supported the brewery over the years, who are still, to this day, an integral part of our identity.”