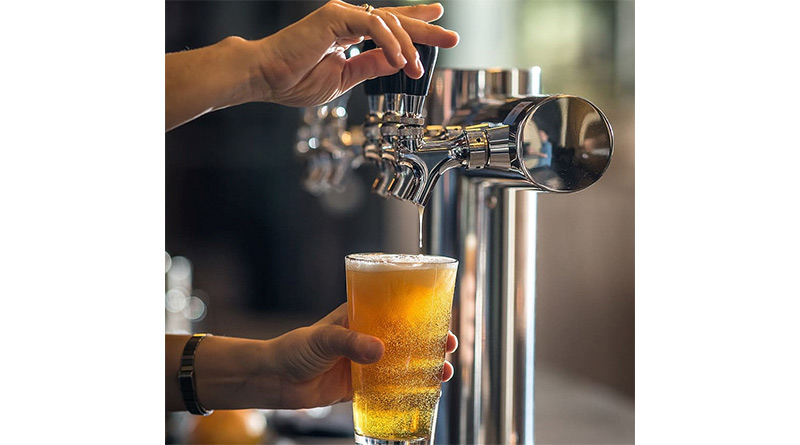 Kind-hearted Brits are happy to pay 10 per cent more for a pint to help the hospitality sector – with Londoners willing to fork out a whopping 22 per cent extra for their beer.

A survey of 2,000 UK adults has revealed almost four in 10 (37 per cent) would spend more on food and drinks than they would at the start of the year.

However, city dwellers in London will accept the highest increase per pint (22 per cent), followed by those in the North East (15 per cent).

The research, by Barclaycard Payments, surveyed consumers and hospitality workers on the impact the ‘new normal’ has had on their day-to-day life.

Konrad Kelling, head of small business at Barclaycard Payments, said: “While the hospitality industry is undoubtedly facing a challenging road ahead, it’s heart-warming to see how committed the great British public is to supporting their local pubs and restaurants.

“Whether that’s by accepting higher prices for food and drink or by increasing the amount they tip hardworking staff.

“At Barclaycard, we are working closely with hospitality clients impacted by current circumstances and are offering bespoke payments support packages to help them navigate the challenges ahead.”

Despite measures in some areas of the country preventing customers popping into their local pub for a drink, it is clear the watering holes are valued in their communities.

A fifth (20 per cent) of Brits think their local pub means more to them than before.

The increased value felt by customers during this time, has been put down to the appreciation of hardworking staff (43 per cent), concerns for the future of pubs within the community (41 per cent) and the opportunity for social interactions where possible (32 per cent).

It has also led to one in four Brits (26 per cent) continuing to visit pubs at least once a week where they can.

Those that are able to are returning after missing their local pub (32 per cent), supporting businesses who have suffered lost revenue (27 per cent) and to help give a boost to the economy (24 per cent).

The younger generation (those aged 18 – 34), were found to be most eager to support their local pubs and restaurants, with almost half (48 per cent) open to higher prices and over a third (34 per cent) now likely to increase the amount they tip for staff.

And the rise of table service is helping bar staff are keeping fit – with staff averaging 7,442 steps while burning 622 calories per shift.

Matt Tebbutt, chef and broadcaster, says, “The hospitality sector could never have been ready for what has happened over the past six months.

“But, having spent so much time working in the industry and of course visiting many venues regularly as a customer – I never doubted that the staff and customers would do their best to help keep these businesses open.

“Not only is hospitality full of some seriously hardworking people, but they’re resourceful, creative and constantly ready to adapt.

“While we should all keep safety as a priority – it’s important that those of us who can – do our bit to help the locals we love.”

Cetin Guvenli, general manager of Cotswolds pub The Kingham Plough, added: “Like so many other businesses across the UK, nothing could have prepared us for the impact of a global pandemic.

“It’s been an incredibly difficult time having to quickly adapt our business in order to re-open and keep customers and staff safe.

“Implementing social distancing measures and enhancing our cleaning regimes have all come with challenges, but both our regular customers and those coming for the first time have been supportive throughout.

“There will inevitably be challenges ahead, but with the support of our customers and community – we are confident we can get through it.”