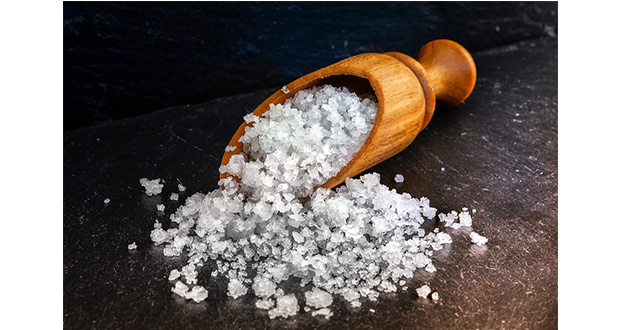 Food sold at restaurants whose menus display energy information are lower in fat and salt than that of their competitors, according to new research from the University of Cambridge.

The researchers behind the study argue that if government policy made menu labelling mandatory, it could encourage restaurants to produce healthier options, leading to public health benefits.

Obesity levels worldwide have almost tripled since 1975, making it one of the most pressing public health challenges today. Poor diet is a leading contributor to obesity as well as to diseases including type 2 diabetes, heart disease and cancer.

Food from restaurants and fast food takeaways tends to be high in energy, fat, sugar and salt compared to food prepared at home. Some health campaigners have called for restaurants to improve the nutritional information available to customers. Mandatory menu labelling for large restaurant chains was introduced in the US in May 2018. In the UK, the government included voluntary menu labelling in its Public Health Responsibility Deal in 2011. A proposal for compulsory menu labelling was included in last year’s Childhood Obesity Plan and a public consultation closed last December, but no announcement on a final policy has been made so far.

The assumption behind such measures is that providing customers with clearer information on the energy content of food served will allow them to make more informed, and hence ‘better’, choices. But it is also possible that menu labelling could change what outlets serve, as nutritionally-poor food could lead to bad publicity.

Researchers at the Centre for Diet and Activity Research (CEDAR), University of Cambridge, set out to determine whether there were differences in the energy and nutritional content of menu items served by popular UK chain restaurants with ,versus without, voluntary menu labelling in their stores. Their results are published today in the open access journal PLOS ONE.

Items from restaurants with in-store menu labelling had on average 45% less fat and 60% less salt than items from other restaurants.

“This is the first study to look at differences in nutritional content of food from restaurants with and without menu labelling in the UK,” said Dolly Theis from CEDAR and the MRC Epidemiology Unit at Cambridge. “It suggests that on the whole, restaurants that provide information on calories on menus also serve healthier food, in terms of fat and salt levels. As well as providing useful information for customers, mandatory menu labelling could also encourage restaurants to improve the nutritional quality of their menus.”

The researchers say that it is possible that menu labelling encourages restaurants to change the content of their food and also that those chains with ‘healthier’ offerings are more likely to label their menus. Twelve of the 14 restaurants that provided voluntary menu labelling were in the top 50 restaurants by sales – larger chains may come under more scrutiny from governments, the media, campaign groups and the public to provide both menu labelling and healthier options.

Dr Jean Adams added: “We found some restaurant items that hugely exceeded the daily recommended intake for energy, fats, sugar and salt. More than a quarter of UK adults eat meals out at least once a week, so such large or nutritionally-imbalanced portions could contribute to poor dietary intake at a population level.”