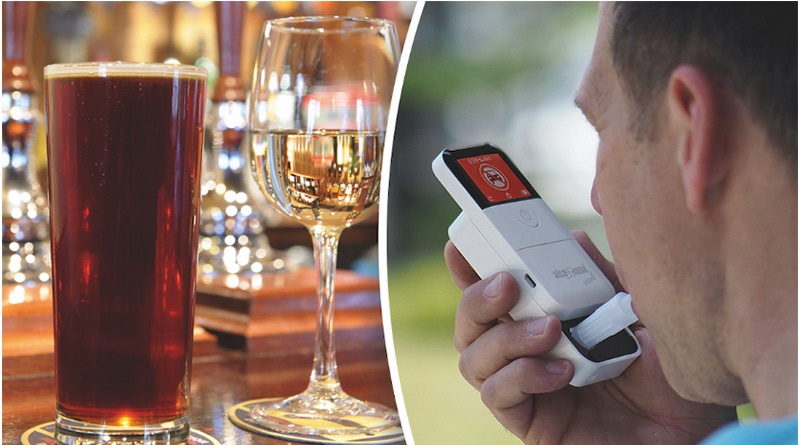 Fans are being warned not to drive on Monday morning if they’ve been celebrating England’s win in the Euro 2020 final (or drowning their sorrows).

If you drink four pints of medium-strong beer or four large glasses of wine, it can take as long as 14 hours for the alcohol to clear your system – making the work commute or school run a potential hazard.

In a poll conducted by breathalyser firm AlcoSense, over a third of us (36%) think our ability to drive is only impaired if we are actually over the legal drink drive limit.

But you are THIRTEEN times more likely to be involved in a fatal crash at the English limit, research shows.

Even with 10mg per 100mL of alcohol in your blood (one eighth of the limit in England and Wales) it is 37% more likely than when completely sober.

“Just a small amount of alcohol slows your reaction time, inhibits judgement and reduces both concentration and co-ordination – increasing the likelihood of an accident,” warns Hunter Abbott, MD of AlcoSense and an advisor to PACTS.

It is thought the number of people watching the game at home, in pubs and on outdoor screens could exceed the 32.3 million who watched the World Cup Final in 1966.

An estimated 7,860 people were killed or injured on Britain’s roads in 2019 (latest figures from the Department for Transport show) where at least one driver was over the drink drive limit.  This includes 280 fatalities, the highest number since 2009.

“Let’s all enjoy the final whatever the result.  But please don’t drive the next morning if you’ve consumed a lot of alcohol, or use a personal breathalyser to check you’re clear”, adds Hunter Abbott.

Forty per cent of all breath tests conducted by Police are between 6am and 1pm.

The AlcoSense poll also found that 44% of people across Britain had been drinking more alcohol whilst stuck at home during lockdown.  This rose to over half in the 18-44 age group and the figure was particularly high amongst Londoners, with 59% admitting a bigger alcohol intake – of whom 22% said ‘much more’.