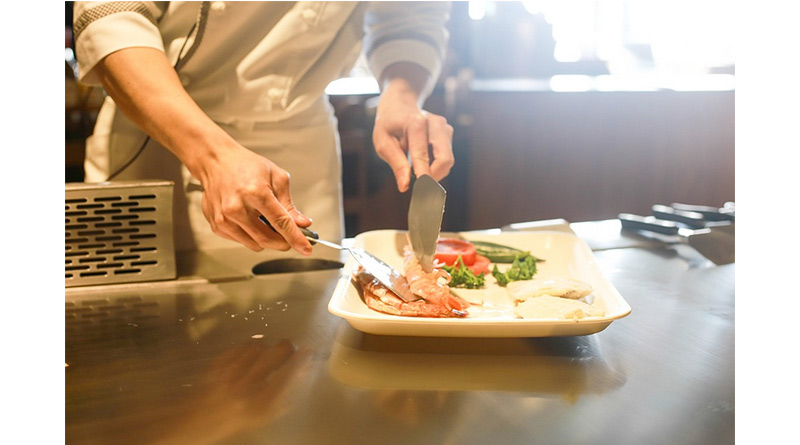 Taking over from Paul Ainsworth in NCOTY is Kenny Atkinson who is Chef Patron at the Michelin-starred restaurant, House of Tides in Newcastle. His bold and ambitious cooking has brought him critical acclaim winning prestigious industry awards, Michelin stars and holding four AA Rosettes. Kenny is a well-known face on TV, from his appearances on BBC 2’s The Great British Menu, Saturday Morning with James Martin, Islands to Highlands, Saturday Kitchen, UKTV Food’s Market Kitchen and Sky TV’s Perfect series.

Chair of Judges for National Chef of the Year, Kenny Atkinson said: “National Chef of the Year is a competition which I have both competed in and judged throughout my career, so to be asked and named Chairman of Judges is an absolute honour. When I think of the names that have judged this prestigious competition over the years it fills me with huge pride, and I have some big shoes to fill. NCOTY is an amazing competition for chefs of all levels to showcase their skills on a platform like no other. I’m looking forward to following the hard work that the previous judges have done to bring a new dynamic to this competition and to help showcase the amazing talent we have in this country.”

Lisa Goodwin-Allen will take over from Hrishikesh Desai after his three-year stint as Chair of Judges in YNCOTY. Lisa is one of the most innovative and exciting chefs in the UK today having led the kitchen brigade at Northcote since the age of 23. She is a regular face on Britain’s TV screens and produces stunning dishes which showcase the wide range of incredible produce the local area has to offer.

Lisa Goodwin-Allen, executive chef at Northcote commented: “It is a great honour to be chosen to be the new Chair of this prestigious competition which is very high acclaimed throughout the industry, and I look forward to the challenge ahead. Over the next two years, I want to really inspire young chefs to look at the quality of ingredients and flavour and tell a story of who they are with their dishes.”

Both chefs will take on these vital roles for the next two years of the competition and planning for these events is already underway with further details on the briefs to be revealed in the spring. Kenny will lead the judges in what is the 50th year anniversary of NCOTY so plenty of additional surprises are in-store throughout 2022.

Speaking about these exciting new appointments, organiser of the competition, David Mulcahy who is Food Innovation & Sustainability Director at Sodexo UK and Ireland said: “We’ve had some incredible Chairs of Judges in recent years including Paul Ainsworth, Gary Jones, Clare Smyth and Philip Howard but it’s vital we keep changing the leadership so that the competitions evolve and move forward. Each Chair has brought something different to the contest whether that’s been their thinking behind the brief or how the judging is completed. Kenny and Lisa are huge ambassadors in the UK culinary scene and have both judged for us for many years as they recognise the role these events have to play in developing chefs’ skills. We can’t wait to work with them even more closely over the next two years; I know it’s going to be an exciting time for the competition.”

If you would like to be notified when entries open for National Chef of the Year you can email enquiries@craftguildofchefs.org or send a message via one of the Guild’s social channels. Suppliers interested in becoming a sponsor or partner of the competition for the 50th anniversary celebrations can also contact the Guild for details on this exciting opportunity.