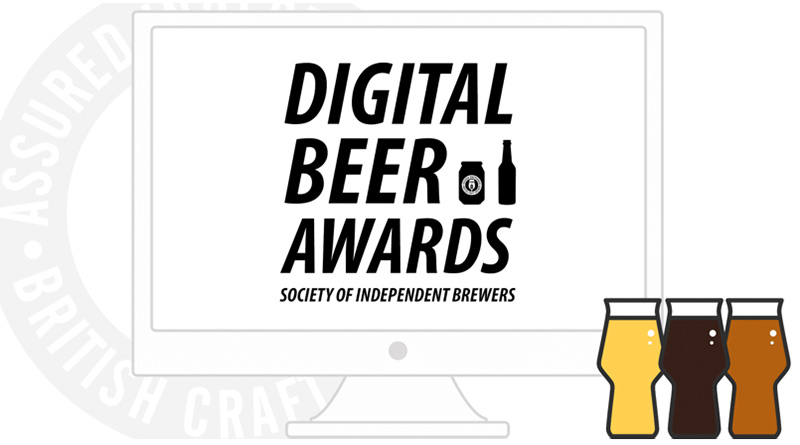 The Society of Independent Brewers (SIBA) have today launched a UK-wide online beer competition, which will see hundreds of different beers from every corner of the UK battlling it out for the top spot.

The ‘SIBA Digital Beer Awards’ will see beer experts judge brews in live video judging sessions, rating a wide range of beer styles including IPA, pale ale, lager, bitter and stout as well as sour and speciality beers, against rivals from across the UK. The judging ‘tables’ will be led by trained beer sommeliers and follow internationally recognised guidelines around beer style, colour, aroma and flavour.

“The Digital Beer Awards are a landmark competition in the UK and open to all independent breweries, many of whom have massively increased the amount of beer they put into bottle and can as a result of pubs being closed during Coronavirus lockdown. Even as pubs are set to reopen on July 4th it is unclear when beer competitions and judging sessions will be able to take place, so we have worked tirelessly to deliver a modern and safe way to find the very best craft beers in the UK.” James Calder, SIBA Chief Executive.

The competition is being launched as independent breweries across the UK have been hit hard by Coronavirus and the subsequent lockdown and social distancing measures, some of which will be lifted next month.

SIBA say getting the Digital Beer Awards 2020 off the ground has been a huge logistical undertaking, with hundreds of anonymised beers due to be centrally collated and then redistributed out to judges across the UK. The number of beers in the competition could be as high as 600 organisers believe.

“Our regional beer competitions have been entirely postponed for 2020 as it has been impossible to predict when and how social distancing rules will be lifted, but this competition gives an alternative to brewers looking to promote their bottled and canned beers as the best in the UK. We have also taken the decision to open up our competition beyond members to all independent breweries in the UK – as I’ve said from the beginning of the pandemic, we are all in this together, so we want all breweries to benefit from the opportunity to enter.” Calder added.