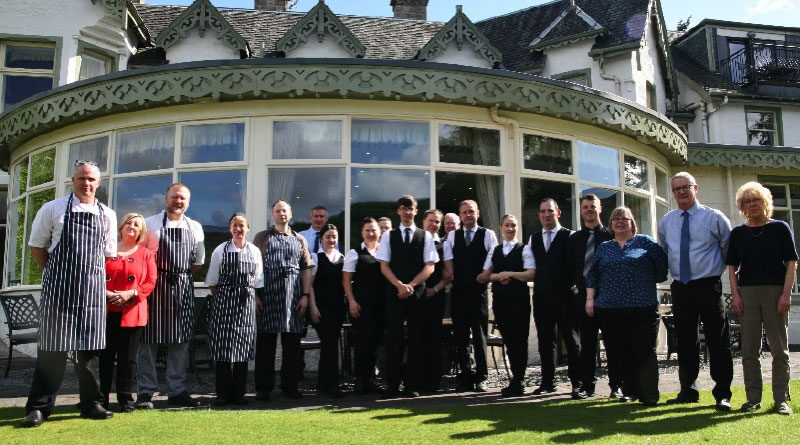 Staff at Scotland’s top ranked hotel are celebrating after the Perthshire country house was voted in the top 25 in Europe for the first time.

The 4-Star Green Park Hotel in Pitlochry was named Scotland’s best for the second year in a row in Tripadvisor’s coveted Travellers’ Choice Awards 2022.
However, it took a maiden place amongst the continent’s finest and was only pipped for the best of Britain prize by The Resident Covent Garden in London.

The top 25 ranking in Europe is a major accolade for the Highland Perthshire Hotel which sits within three acres of verdant grounds on the edge of picturesque Loch Faskally.

It also places a Scottish hospitality provider alongside the likes of the Romance Istanbul Hotel, Paris’ La Maison Favart and the Waldorf Astoria in Amsterdam.

The original Green Park Hotel was built in the late 19th Century as a tranquil rural escape for two socialites who were prominent on the scene in Edinburgh and Glasgow at the time.

It has been run as a traditional country house hotel for over two decades by two generations of the McMenemie family.

Tripadvisor is the world’s largest travel guidance platform and staff are grateful that Green Park Hotel guests continue to rate their stay as a quality experience.
“There are a lot of hotels in Europe so to come in the top 25 is pretty impressive,” smiled Chef, Rich Murray.

“We are lucky to be busy most of the time so people are coming here for a reason and they must like the product.”

Aside from the stunning lochside location, with a vista of steep wooded hills, guests ranked the personal touch as one of the key ingredients making it a top European hotel.

“There can be a really big turnover of staff in hospitality but the staffing is quite stable, here,” said Duty Manager, June Ann Gallacher, who has worked at the hotel for over 20 years, alongside husband, David.

“We get a lot of repeat visitors so it is like everyone is part of a big family. Obviously the scenery is a big draw but I think people also warm to the personal touch and respond to that.”

The Green Park Hotel specialises in Scottish and French cooking, championing local produce, and the hotel is signed up to the Green Tourism Business Scheme to help the push for Net Zero.

“Obviously we are very pleased at the new listing, especially the ranking in Europe,” said co- owner Alistair McMenemie. “It is good for the local area and Scotland as well.

“However, this is a reward for all the team, their attention to the guests and what they put in, every day, to make the hotel a place people want to come to.”