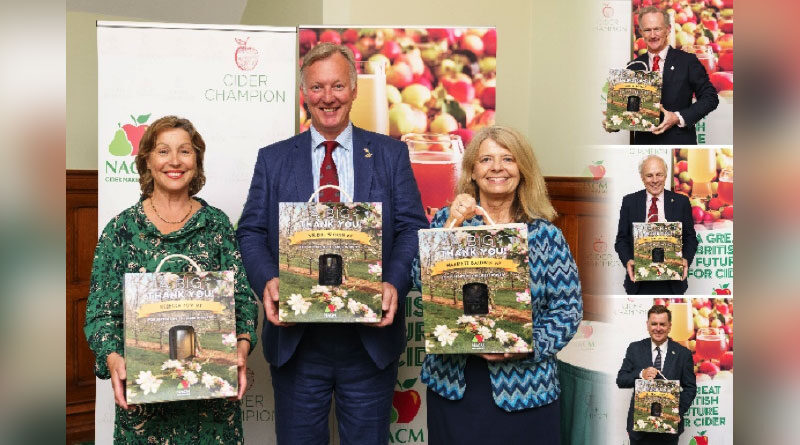 UK cider industry leaders gathered in Westminster on Tuesday (24 May) to recognise the MPs who champion cider companies, the people who work for them, the farmers growing cider apples and the rural communities that benefit from the Great British cider industry.

The event organised by the National Association of Cider Makers (NACM), was hosted by Sir Bill Wiggin MP, President of the All-Party Parliamentary Cider Group (APPCG).

MPs from cider growing areas including the West Midlands and South West were recognised for their long standing commitment to the industry. Cider Makers from across the regions presented MPs with a personalised gift box including a selection of British ciders and a commemorative cider glass.

Speaking at the event, James Crampton, Chair of the NACM commented that, “the MPs who were recognised this evening go above and beyond to ensure that our small, rural industry is recognised for its great contribution to the UK and to British culture. It was great to finally gather people together after a gap of more than two years, to say thank you for their support and for making sure that cider making and cider apple growing remain a priority for the government. The continued support of these MPs is critical to sustain the livelihoods of the 11,500 people that rely on the industry”.

Sir Bill Wiggin MP, Member of Parliament for North Herefordshire, said, “it is always a delight to represent and promote Great British cider makers and the fantastic ciders that they produce.

“Cider making contributes to our rural counties including Herefordshire and as the UK are global market leaders we should be proud to support this fantastic British success story.”