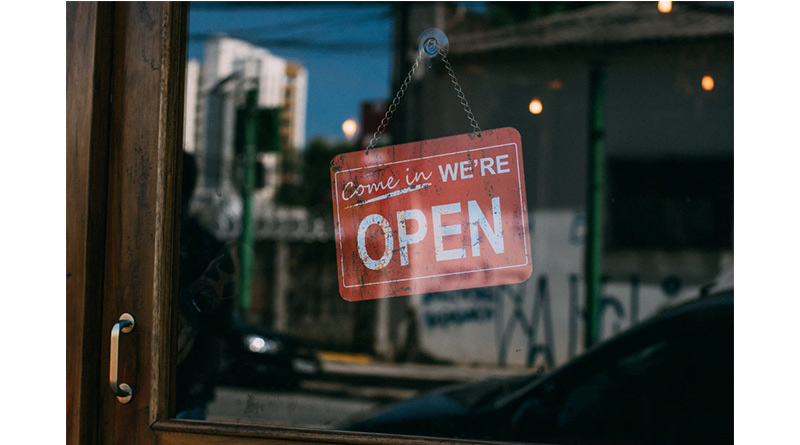 Prime minister Boris Johnson has today confirmed that almost all hospitality businesses in England can reopen from 4 July and has reduced the two-metre rule to ‘one-metre-plus’.

In a commons address The Prime Minister said the lockdown easing could continue “given the significant fall in the prevalence of the virus”.

The Prime Minister also acknowledged that that the current two-metre social distancing guidelines would make it economically unviable most hospitality businesses, he said that where it is possible to keep two metres apart people should, however, where it is not, ‘one-metre-plus’ should be observed, as well as mitigations to reduce likelihood of transmission, such as face coverings, screens between tables, improving ventilation and hand sanitiser.

Hospitality establishments will be allowed to serve customers indoors, but this must be limited to table service, the Prime Minister said. Operators will also be asked to assist the NHS test and trace app by collecting data to record customers’ contact details for tracing purposes in the case of a local outbreak.

“We will ask businesses to help NHS test and trace responds to any local outbreak by collecting contact details from customers, as happens in other countries and we will work with the sector to make this manageable” he said.

The changes will take effect from July 4, as outlined in the Government’s roadmap to relaxing the lockdown.

Johnson told MPs in the House of Commons “our long national hibernation is beginning to come to and end and life is returning,” but he warned “it will be all too easy for that frost to return”, and said all measures will be “under constant review” and the government “will not hesitate to apply the handbrake, or reverse measures, should the virus begin to run out of control”.

The Society of Independent Brewers (SIBA) have warned that pubs reopening is the first step on the road to recovery for the beer industry, with further support for small brewers needed to keep beer flowing.

“The Prime Minister’s announcement today is what the nation has been waiting for. But hundreds of brewers and thousands of pubs are still on the precipice. Many will struggle with table service only when ordering from a bar can be done safely.”

“Beer sales will not return to normal levels anytime soon, so the UK’s brewers need a continued support package and a clear roadmap for how they will be financially supported. Government has failed to meet its own timetable, and failed to support brewers in the same way the rest of hospitality has been. Whilst today’s news is a positive step, we have a lot more work to do yet.”

Joss Croft, CEO, UKinbound “Today’s announcement that pubs, restaurants, hotels and attractions can officially open on the 4th July will come as a huge relief to businesses across the tourism and hospitality industry, who have earnt very little revenue since the beginning of March.  Reducing social distancing from two metres to one will also ensure that many more businesses will be able to viably reopen at the start of next month.

We’re pleased that the Government has also listened to industry and is on the verge of agreeing ‘air corridors’ with a number of countries –  a step that signals that the UK’s tourism inbound industry is keen to welcome international tourists again. Although these measures are very much to be welcomed, Government needs to recognise that whilst some businesses will hopefully be able to re-coup a small proportion of their losses over the much shorter summer season, many businesses, especially those that rely wholly or mostly on inbound tourism, will have gone through the equivalent of ‘three winters’ and will need further financial support if they are to survive and continue to drive jobs and growth across the UK.”

“The opening up of our pubs, bars and restaurants comes as a huge relief to the businesses who were forced to shut down overnight and left in limbo since the start of lockdown. This includes the wine and spirit suppliers who have not been given the same access to business rate holidays and loans as the pubs and restaurants despite the sudden loss of their income.

It is right that opening up comes with some caution in order to protect the public and ensure that we don’t end up with a second spike putting us back to square one. We look forward to seeing the government’s guidance, including the additional mitigation measures for social distancing that is less than 2 metres.

This welcome news does not mean that the hospitality sector and their suppliers are no longer in need of Government support. Recovery from the loss of trade over the last few months will mean that some businesses will not be able to open immediately or fully and others will take years to get themselves back on an even keel.”