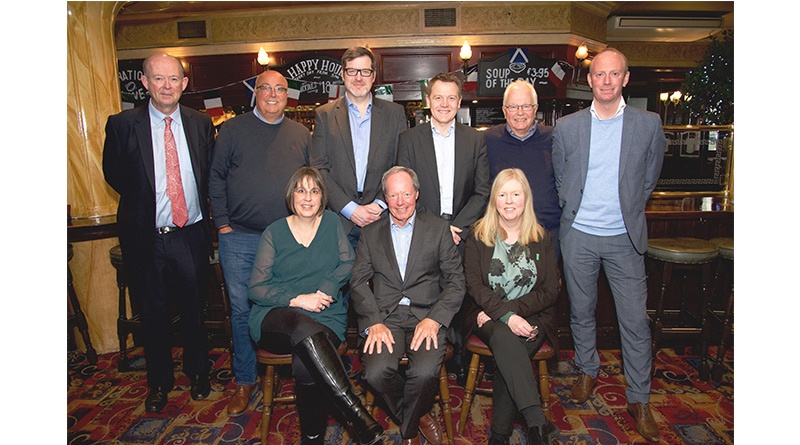 PubAid, the organisation dedicated to promoting pubs as a force for good, has welcomed a number of new members to its steering group, as it gears up to expand its activities over the coming months, with a new website in development and increased marketing and PR spend.

The new members are drawn from across the pub industry, from operators to charities and suppliers. They are: Jon Dale, Director of Communications at Ei Group; Stuart Mills, founder of useyourlocal.com; Katy Moses, founder of KAM Media; Paula Smith, marketing manager at the Licensed Trade Charity; Anne Toms, External and Government Affairs Lead at Budweiser Brewing Group and Greg Sage, Communications Director at Greene King, which became PubAid’s first Patron earlier this year.

PubAid co-founder Des O’Flanagan said: “PubAid entered its second decade at the start of the year with a renewed commitment to promote pubs as a force for good in their local communities and society more widely.

“The £100 million raised by pubs for charity every year, and the £40 million of support for grassroots sports, both demonstrate pubs’ ability to do good, but it goes wider than just financial support: pubs also offer practical and emotional help to countless worthy causes and individuals in need and provide a space where people can interact, countering social isolation.

“PubAid has an important job to do in getting these positive messages about pubs more widely recognised. Our new steering group members have the skills, contacts and enthusiasm to help us achieve our ambitious goals for 2020 and beyond, and I’m delighted they have agreed to join us, working alongside Keith Bott, who became our President at the start of the year.”

Paula Smith said: “There is great synergy between PubAid’s work in raising awareness of pubs as a force for good, and the work of the Licensed Trade Charity in helping pub industry people in times of need. I’m delighted to have joined the PubAid steering group and am looking forward to helping them at the start of this exciting new chapter in their development.”

Jon Dale said: “Ei Group has been a big supporter of PubAid and its great initiatives such as the World’s Biggest Pub Quiz and Charity Pub of the Year competition, which help to spread the word about the pivotal role that pubs play in their communities. I’m looking forward to working with other steering group members to ensure that pubs’ contribution to society is more widely recognised by pubgoers, media and policymakers.”

O’Flanagan added, “At the same time as welcoming new members, we have also thanked a few individuals who have moved off the steering group after serving PubAid for a number of years. We are grateful to Nick Bish, James Cuthbertson, Yaser Martini and Tim Page for their contribution to PubAid’s success and know we can count on their continued support for our aims.”