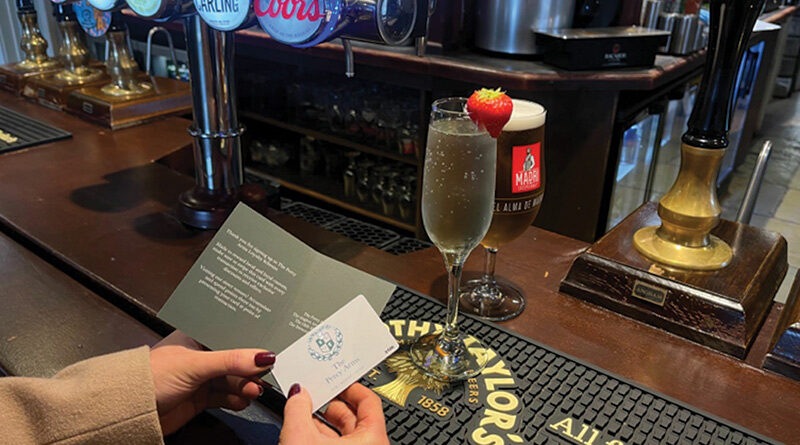 PUB-goers can enjoy free drinks, meals and a host of discounts and special offers thanks to a new loyalty scheme being rolled out at four of the region’s best loved venues.

Inn Hospitality Group, which owns The Olde Ship, at Seahouses, The Percy Arms, at Chatton ,The Anglers Arms, at Longframlington and The Derwent Arms at Edmundbyers, has introduced its first ever loyalty card.

And its aim is simple – to thank customers for their continued support by giving back to them, at a time when costs and prices are rising.

The card, which can be obtained from and used at any of the four pubs, gives holders one point – worth 10p – for every £1 they spend.

The points can then be redeemed against food or drink at any of the sites.

And membership of the scheme will also give card holders early bird access to a range of food and drink promotions and the chance to take part in members-only events at the four venues throughout the year.

The loyalty card was initially trialled at The Percy Arms, Chatton, during the summer and proved so popular the Group had no hesitation in rolling it out to its other venues.

“Although our pubs are spread out geographically, they are each at the absolute centre of their villages and communities,” said Oliver Bennet, who co-founded Inn Hospitality Group with fellow director Matt Daniel.

“And we value our customers, which is why we announced earlier this autumn that each of our pubs would provide warmth, free hot drinks and book sharing libraries throughout the winter, so no one need sit alone and cold in their home.

“This loyalty scheme is another way for us to give back to those who are supporting us – and helping them out a bit at a time when the cost of living is on the rise.”