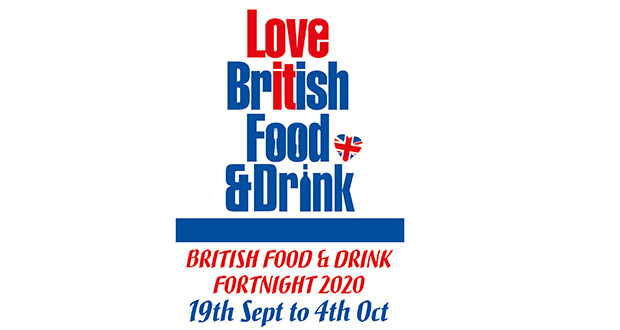 British Food Fortnight 2019 was the most successful to date, topping previous years, with increased involvement around the UK including a 10% rise in schools, hospitals, pubs, restaurants and communities taking part.

Raising a glass to the success of the event, plans are already taking shape for 2020 with organisers, Love British Food, announcing the renaming of the event for 2020.  British Food & Drink Fortnight, will run 19th September – 4th October 2020, and will highlight in more detail the success of the British drinks industry.   Drinks have always been included in the campaign so the name change showcases this, and ensure British drinks are celebrated by all throughout the year.

Founder of Love British Food & Drink, Alexia Robinson, said: “We are delighted to announce this update today on the back of the success of British Food Fortnight 2019.  We have always celebrated the British drinks industry, highlighting and working with the producers, so now feels the right time to rename and encourage more support for British food and drinks.

Moving forward, more drinks brands will be encouraged to take part and support the campaign from the producer right up to the retailer/pub.  This year’s campaign included Fullers, Shepherd Neame and Timothy Taylor’s, running themed menus, quiz nights, cheese & beer tastings and British tasting menus all over the UK, so the time is right for the name change.”

Sponsors, Partners and Members are being invited to make an application to get involved for 2020 asap so campaign plans are finalised by December 2019.