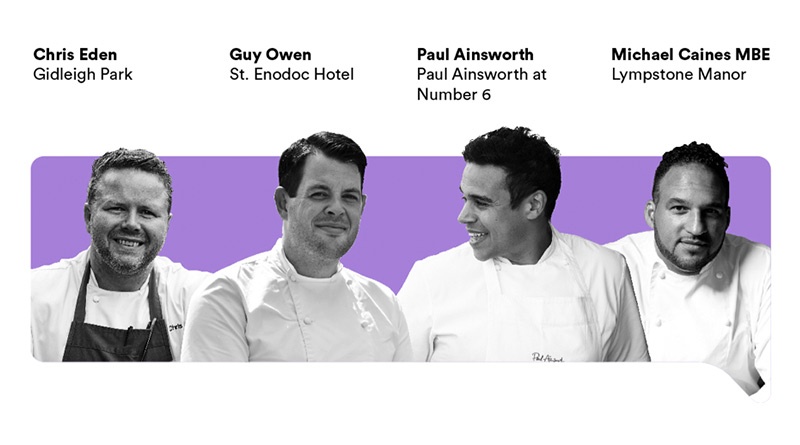 Flats will be joined by rugby legends including Welsh rugby union and Worcester Warriors scrum half Matt Powell to entertain guests for the night as they tuck into a delicious four course dinner prepared by award-winning South West chefs; Paul Ainsworth of Paul Ainsworth at Number 6, Michael Caines MBE of Lympstone Manor, Chris Eden of Gidleigh Park and Guy Owen of St. Enodoc Hotel. The menu features a Tartare of Vannamei Prawn and scallop, Xo, Coriander, lemongrass broth by Guy Owen and a Raspberry and Pistachio Gateau with Lemon and Pistachio Curd, Raspberry Sorbet by Michael Caines MBE. Each course will be served with matched beers donated by Sharp’s Brewery and paired wines donated by Berkmann Wine Cellars.

The evening will be a fantastic opportunity to relax with industry colleagues in the glorious grounds of Deer Park Country House, as well as a chance to show your support for Hospitality Action.

David Flatman says: “I’m very excited to be appearing at Hospitality Action’s Rugby Legends Dinner. Being part of a team, travelling the world working hard and then letting off steam together after a tough slog. Rugby and Restaurants have a lot in common! And I’m also hoping to trade some decent rugby stories for a perfect gravy recipe!”

Tickets are selling fast, so book early to avoid disappointment. Tables of ten are £1,500 with a rugby legend seated on your table and include a drinks reception and the delicious four course meal with beer, wine and coffee. To secure your place, contact Giuliana Vittiglio via gvittiglio@hospitalityaction.org.uk or 020 3004 5504 or book online at www.hospitalityaction.org.uk/events