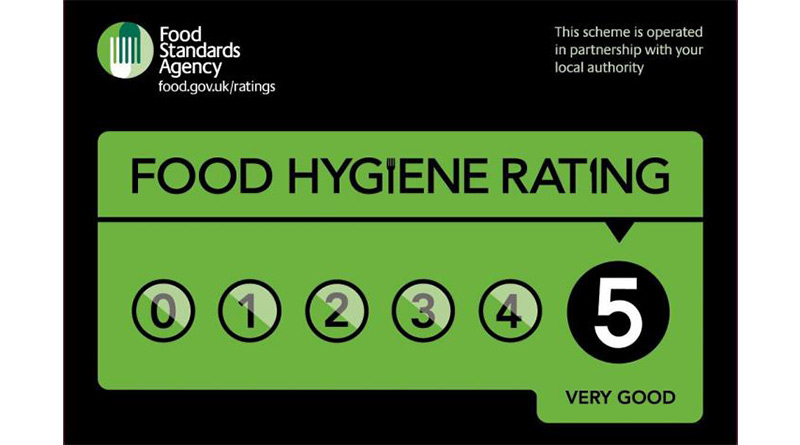 The scheme was developed to empower the public to make informed choices about where to buy and eat food.

In 2010, the Food Standards Agency (FSA) launched the Food Hygiene Rating Scheme to provide the public with information about food hygiene standards in businesses. It is a single national scheme which runs across England, Wales and Northern Ireland and replaced a wide variety of locally operated schemes, providing clarity for consumers and a level playing field for businesses.

A decade on, the scheme has driven up standards in food businesses in England, Wales and Northern Ireland. Local Authorities across the three countries operate the scheme and the ratings that they give allow people to easily choose to eat or buy food from those businesses that take food hygiene seriously. We know that 97% of businesses across England, Wales and Northern Ireland have a rating of 3 or above and we know outbreaks of foodborne illness are less likely to occur at these premises than those which have a lower rating.

Speaking about the scheme, Heather Hancock, Chair of the Food Standards Agency Board said:

“The Food Hygiene Rating Scheme has delivered lasting benefits to consumers and to businesses, and is rightly celebrated as one of the country’s most significant public health achievements of the 21st century.

“The striking black and green stickers on display at restaurants, cafes and supermarkets, and now online, give people the ‘at a glance’ reassurance they seek that businesses are taking food hygiene seriously. What’s more, we know that food businesses themselves benefit, because consumers vote with their feet and choose to buy food from higher-rated premises.

“The FHRS scheme depends on colleagues in local authorities, who check on food hygiene in more than 500,000 food premises across England, Wales and Northern Ireland.  We are deeply indebted to them for the success of the scheme, and even more so this year as they’ve contended with rapid changes in food businesses’ arrangements and intense pressure on their own staff because of COVID-19.  We recognise the tremendous efforts that go into sustaining the FHRS and we are determined to sustain and enhance the effectiveness of the scheme in the future.”

Businesses in Wales and Northern Ireland are now legally required to display their ratings in a prominent place, such as the front door, entrance or window of the premises. Display became mandatory in Wales in November 2013 and in Northern Ireland in October 2016. In England businesses are encouraged but not yet required by law to display their rating.