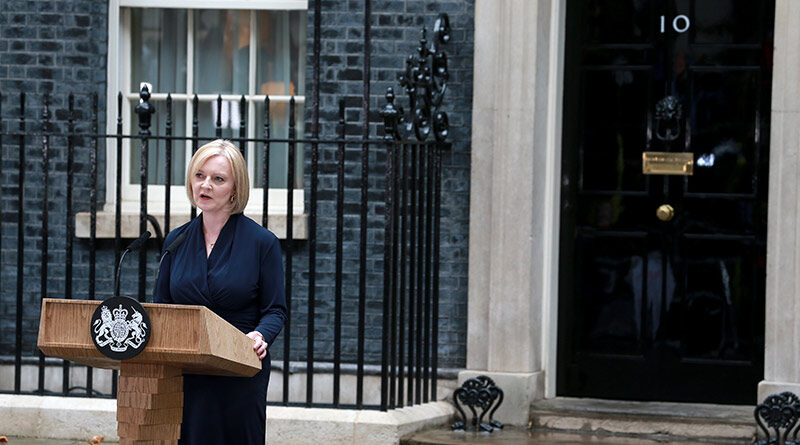 Hospitality leaders have joined calls for a general election, stating that the sector needs an “urgent return to stable leadership” following the resignation of Liz Truss as prime minister yesterday (October 20).

Ms Truss has resigned as Prime Minister following a tumultuous 44 days in office after taking over from Boris Johnson.

She will be the shortest-serving PM in British history.

In a statement read outside Downing Street, Ms Truss admitted she could not deliver her mandate. She said: “I came into office at a time of great economic and international instability. “Families and businesses were worried about how to pay their bills.”

She said she was elected “with a mandate to change this”, adding: “We delivered on energy bills.”

“This morning (October 21), I met the chairman of the 1922 committee, Sir Graham Brady. We’ve agreed that there will be a leadership election to be completed within the next week.”

Mini-Budget Pledges Reversed
Earlier this week the newly appointed Chancellor Jeremy Hunt scrapped almost all of Ms Truss’s pledges to a set out in her former Chancellor Kwasi Kwarten’s mini-budget, including the planned Income Tax cut which will no longer go ahead, along with planned cuts to dividend tax, a freeze on alcohol duty, IR35 changes and the VAT-free shopping scheme for tourists.

The tax measures set out in Kwasi Kwarteng’s Growth Plan will have a big impact on the UK on-trade with the government no longer freezing alcohol duty rates from 1 February 2023 for a year.

Emma McClarkin, CEO of the British Beer & Pub Association (BBPA) said:
“The Chancellor’s decision today to reverse the alcohol duty freeze is a huge blow to brewers and pubs. The freeze would have delivered a £300m saving to our industry at a time when we desperately need any relief we can get, to help to keep a lid on spiralling costs and keep the price of pint affordable for pub goers this winter.”

Following the chancellors mini budget reversals alcohol duty will now rise in line with inflation, as measured by the retail price index (RPI), currently at 12.3%. Such a rise would be the equivalent of GBP0.07 on a pint of beer, GBP0.38 on a bottle of wine and GBP1.35 on a bottle of spirits.

Following the chancellors reversals the Government said in a press release that the next steps of its alcohol duty review, which included measures to introduce an 18-month transitional measure for wine duty, as well as a draught duty rate for beer by August 2023, would continue as planned.
“Enough of This Negligence”

Hospitality trade bodies and sector leaders have reacted to the Prime Minister’s resignation by declaring that the sector needs vital support from the new administration following the economic uncertainty seen in recent weeks.

Taking to social media Night Time Industries Association (NTIA) chair, Sacha Lord, called for a general election following Liz Truss’s resignation announcement. He wrote: “PM Liz ‘I’m a fighter, not a quitter’ Truss, has just quit. The same day a report confirms the hospitality sector is declining at its fastest pace since lockdown. Enough of this negligence. We need a general election.”

NTIA tweeted: “How many bites of the cherry can you have before you give the public the decision on who leads this country? #GeneralElectionNow.”
“Return to Stable Leadership”

Kate Nicholls, chief executive of trade body UKHospitality, tweeted:
“We need urgent return to stable leadership and governance to underpin confidence for businesses, workers and consumers. We need a unified approach from all sides to deliver that.”

Pub group Shepherd Neame’s Jonathan Neame said on BBC radio that the new government will have to tackle issues with the immigration system to help alleviate staff shortages within the sector.

National Chair of the Federation of Small Businesses (FSB) Martin McTague said: “It is incumbent upon the next Conservative Party leader to show they can provide stability and take the necessary steps to secure economic growth in the face of significant recessionary pressures.
“Businesses are crying out for an end to the political turmoil and a focus on remedying the economy, supporting small firms through the hard winter ahead.

“Whoever becomes Prime Minister must knuckle down, see through the delivery of the energy support package for small businesses – as already approved by Parliament – and the reversal of the hike in National Insurance.

“Beyond that there must be a focus on securing prosperity for the longer term, making sure we have the right support for improving broadband, housebuilding, labour supply, and the tax and regulatory framework – so we can build our way out of the increasingly negative economic climate.”
Credible Fiscal Plan 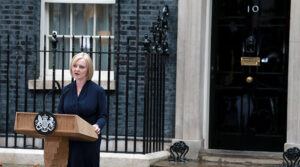 , CBI Director-General, said:
“The politics of recent weeks have undermined the confidence of people, businesses, markets and global investors in Britain. That must now come to an end if we are to avoid yet more harm to households and firms.
“Stability is key. The next Prime Minister will need to act to restore confidence from day one.
“They will need to deliver a credible fiscal plan for the medium term as