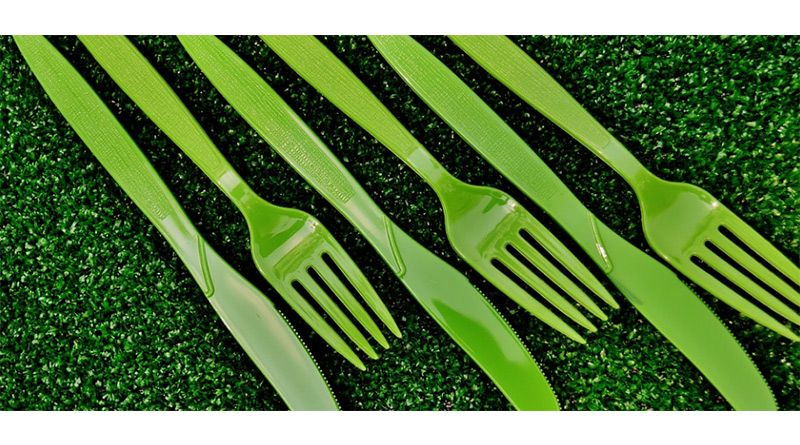 The government has announced proposals to ban single-use plastic cutlery, plates and polystyrene cups in England as part of what it calls a “war on plastic”.

Ministers said the move would help to reduce litter and cut the amount of plastic waste in oceans.

A public consultation will launch in the autumn and the ban could be in place within couple of years.

The move was welcomed by campaigners, however, they said overall progress on cutting plastic waste was “snail-paced”, with the EU having banned these items and others in July.

The average person uses 18 throwaway plastic plates and 37 single-use knives, forks and spoons each year, according to ministers, while the durability of plastic litter means it kills more than a million birds and 100,000 sea mammals and turtles every year around the world.

A government ban on single-use plastic straws, stirrers and cotton buds came into force in England in October 2020.

Environment Secretary George Eustice said: “We’ve all seen the damage that plastic does to our environment. It is right that we put in place measures that will tackle the plastic carelessly strewn across our parks and green spaces and washed up on beaches.

“We have made progress to turn the tide on plastic, banning the supply of plastic straws, stirrers and cotton buds, while our carrier bag charge has cut sales by 95% in the main supermarkets.

“Now we are looking to go a step further as we build back greener. These plans will help us stamp out the unnecessary use of plastics that wreak havoc with our natural environment.”

Ministers are planning a range of legislation to tackle pollution as part of an upcoming Environment Bill. Consultations on introducing a deposit return scheme for drinks containers in England, Wales and Northern Ireland and requiring packaging producers to cover the cost of dealing with waste were held earlier this year.

Kierra Box from Friends of the Earth said: “We need government to take an overall approach to say that what we are going to do is bring an end to all plastic pollution, and what we’re going to do is drastically reduce the amount of all single-use products, not just a fork followed by a spoon followed by a cup.”