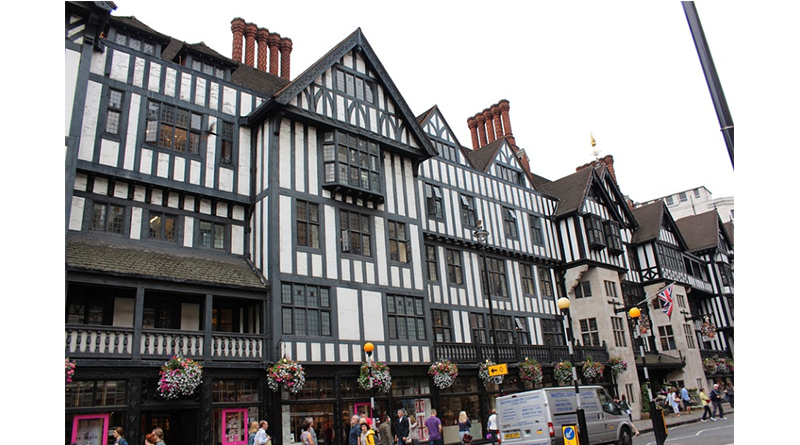 Officials said traffic will be reintroduced in the central London area on September 30, meaning the streets can no longer be used to seat customers.

The Council had already banned gazebos and umbrellas on public roads from July 19, which combined with poor weather which affected trade at Soho’s hospitality businesses.

Restaurants with existing licences will still be able to use pavements, but roads will be off-limits.

A petition organised by Westminster’s Labour Party circulated amongst residents on social media called for a re-think of the schemes due to “extreme noise” and the “repeated violaton of social distancing rules.”

Businesses had hoped that the al fresco summer would be extended into an outdoor winter, with gazebos and heaters doing the work the sun has notably failed to deliver over the last few weeks.

John James, Managing Director of Soho Estates and a member of the Soho Business Alliance said removing the area’s al fresco permissions would send the streets back into effective lockdown.

“History tells us that hospitality can be a leading force in driving economic recovery. Soho needs al fresco to survive, and we simply wouldn’t be here without it.”

Last year the Council reversed a plan to charge for pavement licences following a public outcry.

A Westminster City Council spokesperson said: “We introduced al fresco dining after lockdown to enable residents and visitors back to enjoy safer outdoor dining and in, April and May this year, to allow businesses to reopen when indoor dining wasn’t permitted. This has been a huge success, supporting around 80,000 jobs and creating more than 16,000 additional covers across the city – the highest number in London – saving countless businesses and jobs in Soho and across the West End.

“We always said interventions such as road closures and barriers were temporary and would end on 30 September. The end of temporary measures does not mean that all al fresco dining cannot continue; businesses can still apply for pavement licenses where there is space on the footway. Additionally, we are consulting residents in six areas across the city, including Covent Garden, on whether some of the temporary measures should be transitioned into new long-term schemes. If residents approve these new schemes, they will be able to begin on 1 October. Furthermore, we are working with Soho residents and businesses to co-design a Vision for Soho that will go out to consultation towards the end of this year.”