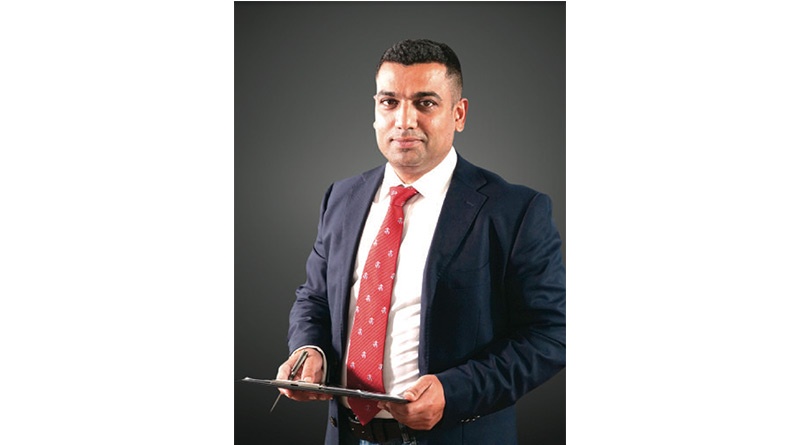 The hospitality sector of the United Kingdom has been a major contributor to the overall output of the services sector as accommodation and food and beverage facilities command a stronghold with a deep penetrated and considerable number of stores in overseas locations, as well.

The repercussions of Covid-19 have severely disturbed the functioning of the industry with the businesses facing multiple blows from repeated closure of stores, outlets and accommodation facilities, as the country underwent a national lockdown for three times during the pandemic era so far.The extended set of restrictions and stern social distancing guidelines have been inducted for the greater good of national health as the frequency of infections unsettled the authorities.

But, the very restrictions have landed most of the enterprises operating within the hospitality industry in serious troubles as a substantial number of hospitality businesses were already functioning after securing multiple credit lines, the no show of customers for an elongated stretch made it worse as they were not able to realise even 25% of the revenue generated in the pre-Covid duration.

Furthermore, some businesses including late night pubs, bars, restaurants with large seating arrangements were told to shut entire operations as social distancing norms can’t be obliged at such hospitality settings.

As a result of mass disruption in the businesses, the sector is now reeling under the immense pressure of staff inadequacy as the government of the UK has allowed to resume the operations on full scale and have withdrawn the social distancing guidelines, effectively allowing the indoor, as well as outdoor settings to accommodate and operate at full functional capacities.

The shortage of human capital at such consumer facing businesses makes it very hard for the operators to service the customers in the adequate manner, at a time when consumer footfall is on a rise ahead of the Christmas festivities as the country would be celebrating the festival in the most relaxed environment after 2019.

However, the sharp resurgence of Covid-19 cases can potentially affect the new normal as people are still contracting the virus, that too after completing the two-dose regimen. Some Asian regions have partly placed some localities under lockdown after a steep surge in the daily rate of infection. The ‘mini outbreaks’ have led to devastating situations, if left unaddressed.

The healthcare administration of the UK seems quite proactive when it comes to alleviating the possibilities of widespread infection as the National Health Service initiated the massive pinging exercise during early May this year, leading to a crisis called ‘pingdemic’.

The acute shortage of drivers, hauliers, HGV operators, and other people deployed in the supply chain and logistics systems snowballed after the mobile application of NHS started sending hundreds of thousands of pings to people who have been in proximity of infected individuals, suggesting a mandatory self-isolation.The situation has slightly moderated after the government intervention to revive the petrol sup- plies at the refuelling stations.

The NHS, PHE, and other medical bodies designated to control Covid- 19 remain on the edge as the winter season traditionally leads to increased transmission of viruses. It happened during the same time, earlier last year, when the Downing Street administration had to come up with the tier system after the massive second wave unnerved the medical facilities and hospitality administration with the rate of hospitalisation and daily infections climbing to an unforeseen level.

Nonetheless, the situation has ameliorated now with the healthcare authorities increasing the level of protection for the vulnerable people across the nation with the booster shot of Covid-19 vaccine. According to the latest figures released by the Department of Health and Social Care, more than 8 million people have received an additional dose over the standard process of double jabs.

The added protection for the vulnerable and individuals who are highly susceptible to such viruses, certainly diminishes the chances of a major outbreak in the country, and, at the same time it ensures that all the people have the maximum level of protection as the country has now eased the international travel restrictions further, allowing more people to fly to and from the UK from various parts of the world.

The double-jabbed people who are receiving the third dose of vaccine can be rest assured that the level of protection secured from the first two doses of the vaccine will be maintained over the winter period.The healthcare administration has now allowed the people, eligible to receive a booster shot of vaccine, to get it done by visiting any of the walk-in Covid-19 vaccination centres from 1 November, provided that a six-month period has elapsed from the date of their respective second doses.

All such measures taken by the healthcare authorities can unquestionably augment the smoother functioning of businesses as enterprises look forward to capitalising the surge in consumer spending over the festival season and the upcoming Thanksgiving period of deals and discounts.

Even with the present set of precautionary measures and increased business activity, the enterprises will take years to get over the problem of staff crisis as uncertainty with regard to the operations is still there. The level of uncertainty has only enlarged in the recent past as the influx of international travellers has increased with the people increasingly opting for cross-border travel following the restart of sports hospitality.

The sports associations and governing councils allowing the fans to return to the stadiums and visit away matches of their favourite teams during the ongoing Premier League season and the remaining fixtures of the UEFA Champions League, has increased the chances of transmission.Though the sports administration and stadium authorities are making sure that there is absolutely no lapse in the suggested advisory by the governments to only allow double-jabbed people.

The deep-rooted challenges of staff shortages is likely to take at least a year from now as some businesses have started facing the pressure of capital crunch as they are required to service the debt obligations in the upcoming tenure.With the reduced scale of operations and curtailed staff makes it very difficult for the businessowners to recognise pre- Covid level of revenues.

Without adequate staff size, businesses are forced to operate at a reduced scale, as a result of which they will fall short of estimated sales in the upcoming months. On the other hand, the enterprises who have a sizable warchest are finding it difficult to deploy skilled staff in other positions as a sizable number of overseas workers have left the country during the course of repeated disruptions and the disastrous period of ‘no work, no pay’.

Moreover, the businesses are already struggling with the broken balance sheets due to which they are unable to hire the adequate number of people at the desired pay packages. Sufficient level of human capital has been a key driving force for the consumer facing businesses.The industry-wide limitedness of workforce can extend beyond 2022 unless the enterprises manage to drive up the revenues with the curtailed staff size, effectively increasing the profitability, paving the way for more people in the operations.