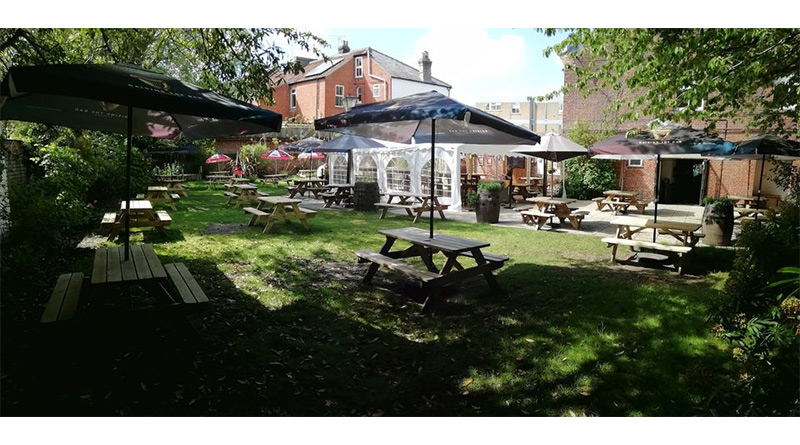 Following two rounds of rigorous judging, the Garden House, on Pembroke Road in Norwich, has reached the final six in the Community Hero category of the Great British Pub Awards (GBPAs). Seeing off hundreds of other entries, the pub’s incredible dedication to helping its community during lockdown, formed a large part of its success.

The Great British Pub Awards recognise, reward and celebrate the fantastic work pubs do for our country and their communities, the established industry awards is widely considered to be the Oscars of the British Pub Industry.

Most recently, the Garden House has created an innovative food bank scheme to ensure its community does not go hungry, focusing efforts on local families in need, as well as soup kitchens and emergency food banks across Norfolk. The pub has been working with Thomas Frank’s Feeding Communities and Only A Pavement Away (OAPA), delivering over 18,000 meals, and handing out over 14,000 meal pouches and 300 Winter Warmth Flasks, to the homeless in Norwich and Great Yarmouth, with each charity respectively.

Since December 2020, the pub has also been working with FareShare, which has given the team at The Garden House 2,600 ambient pouch meals and 2,160 Hula protein drinks to support the work it’s doing, these have been distributed to hostels and soup kitchens.

Jonathan Childs, Operator of the Garden House, said “We are absolutely delighted to be in the finals of the Great British Pub Awards! We are humbled to be the instigators of such a huge network and feel like we are a small cog in a big wheel of kindness. We try to have a fluid mindset and adapt what we do to what our community needs so it is amazing to be recognised in such a way. I’m so proud of my team and everything we’ve achieved over the last 18-months.”

Simon Longbottom, CEO of Stonegate Group, said: “The entirety of the Stonegate Group is behind Jonathan and his team. We are incredibly proud of the ingenuity and kindness they have shown in the face of adversity, as well as their contribution to the success of the Garden House. On behalf of myself and the entire business, we wish them every success in the finals.”