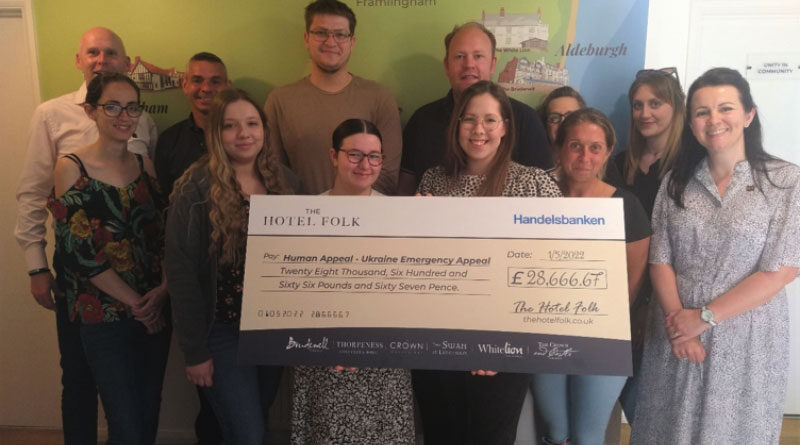 The Hotel Folk group has raised £28,888.67 for the Human Appeal charity Ukraine emergency fund by match funding gratuities kindly left by their guests throughout April.

Delighted the group has been able to raise such a significant sum for this important cause, The Hotel Folk’s CEO David Scott said: “This large donation has only been possible thanks to the huge generosity of our hotel guests. I would personally like to send them my heartfelt thanks”.

During April the hotel group matched gratuities received pound for pound in aid of the Human Appeal’s Ukraine Emergency Appeal, while their Folk continued to receive their tips.

“With so many worthwhile appeals, the choice of which to support was very difficult”, continued David. “After much consideration, being in hospitality, we decided to support the Human Appeal. As a humanitarian organisation, they help to provide water, food and shelter to needy communities, particularly when emergencies strike. ‘Unity in Community’ is also one of our core values and is extremely important to The Hotel Folk”.