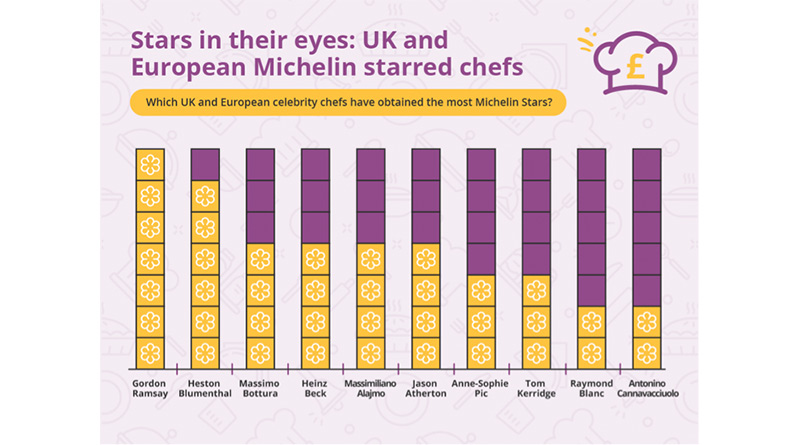 The world’s most successful celebrity chefs have been revealed in a new report by finance experts at money.co.uk, with Gordon Ramsey topping the list, scoring 98.5/100 on the chef.

Taking a seed list of the top-ranking UK*, European** and foodie influencers***, the Celebrity Chef Credit Report reveals just how hard these chefs are working by scoring them against six career credentials, which include net worth, published cookbooks, Michelin Stars, Social media influence, TV appearances, and TV career length.

Using a weighted ranking system, the study then assigned a score to each chef in the index, revealing the most successful celebrity chefs. 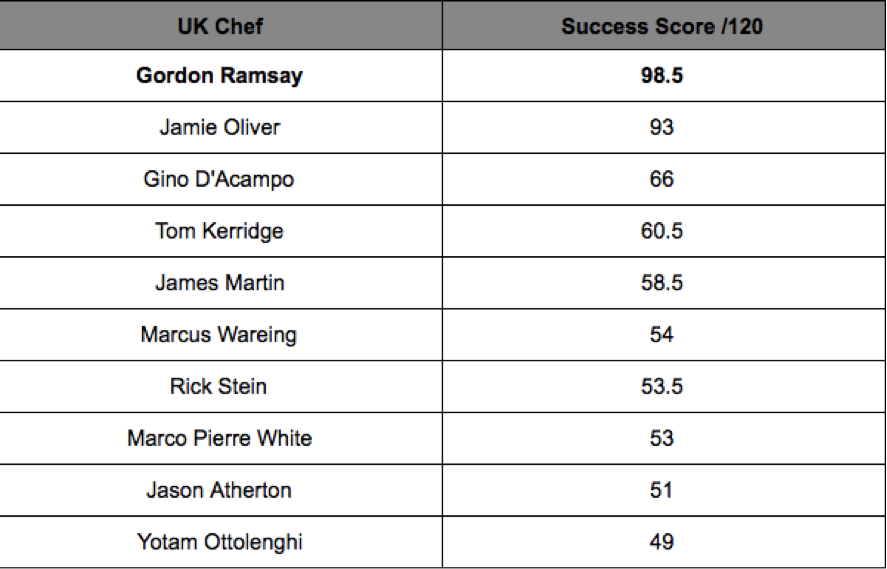 Gordon Ramsay takes the number one spot as the most successful UK chef in the Celebrity Chef Credit Report, scoring 98.5 out of 120.

Despite his fearsome reputation, few can argue against the relentless work ethic the 53-year-old applies to his culinary pursuits and business deals.

To date, Ramsay’s restaurants have been awarded an extraordinary 16 Michelin Stars in total (7 of which have been retained). While most of his exposure comes through his TV work, appearing in 32 TV shows and featuring in around 640 episodes overall, it is no surprise that the chef is estimated to be worth over £171 million.

With 118 cookbooks, Jamie Oliver has an estimated net worth of £233 million – that’s a third more than Chef Ramsay and 14 times more than the top-earning female chef on the list Nigella Lawson who is estimated to be worth £15m – resulting in the Essex cheeky chappie taking second place.

In third place is Italian stallion Gino D’Acampo, scoring 66 out of 120. D’Acampo rose to fame in the UK with his Italian inspired recipes and dishes securing him a whopping £7,787,500 fortune. 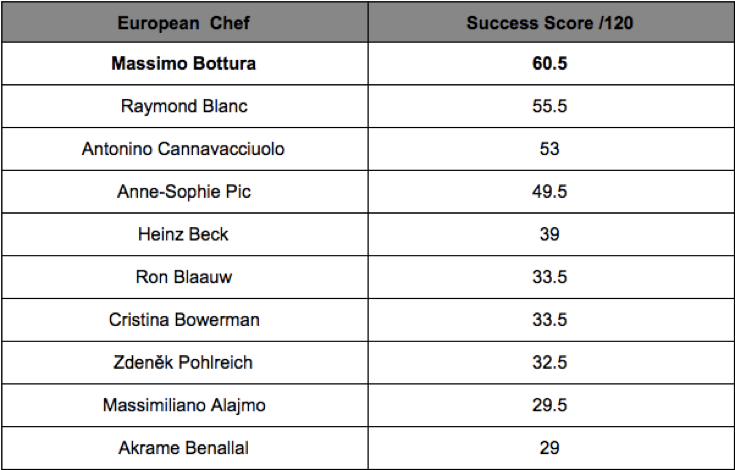 Crowned the hardest working chef in Europe, Massimo Bottura is estimated to be worth €200 million owing to his 15 published cookbooks, 6 restaurants, and 4 Michelin Stars.

The chef’s net worth is 14 times more than the top-earning female chef on the list Anne-Sophie Pic who is estimated to be worth €4.26m.

Raymond Blanc takes the second position in the study, scoring 54.5 out of 120. Blanc is the chef patron at Belmond Le Manoir aux Quat’ Saisons which boasts two Michelin stars. The restaurant’s seven-course set menu will set you back £194.00.

In third place is two Michelin starred chef Antonino Cannavacciuolo, scoring 53 out of 120. Cannavacciuolo combines the dishes of north and south Italy at his restaurant Villa Crespi. He is one of Italy’s most well-known chefs, thanks to his seven-year television career.

With eight cookbooks released and an avid social media following of 2.8 million, it is no surprise Cannavacciuolo has raked up a €5.38m net worth.