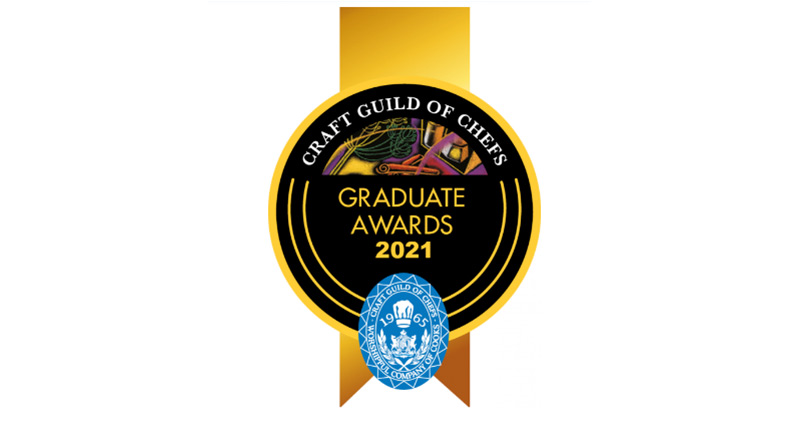 Following two exciting rounds of heats held at West Herts College and Sheffield College last week, thirteen chefs will be cooking in the final exam of the Graduate Awards in September. In the cook-offs, chefs completed a series of practical challenges including an innovative starter using Quorn. The exams were observed by former National Chef of the Year winner, Russell Bateman who heads up the Kitchen exam and the chief pastry examiner, Will Torrent. Over the coming months, finalists will be supported by the Graduate Awards committee who will be sharing mentoring videos and advice in the build-up to the exam.

The Graduate Awards were founded in 2002 and are aimed at chefs aged under 25 who have completed their basic culinary qualifications and are wanting to push their skills further. It has helped chefs improve their skills and go on to compete in competitions such as Young National Chef of the Year as well as gain promotions and Michelin stars.

For 2021, the Kitchen Graduate Award finalists are:

The Pastry Graduate Award finalists are:

For the first time, the final exam will include a mentor who will be on-hand to answer questions and support the young chefs throughout the experience. This role will be completed by Connor Godfrey, a former Graduate Awards Achiever who has also mentored some of his own team through the experience in recent years.

Steve Munkley, founder of the Graduate Awards said: “It felt fantastic to be back in the kitchen last week and experience the atmosphere with these young chefs who were determined to achieve their final exam spot. Whilst we are still having to adapt and tweak these awards slightly due to the restrictions and uncertainty of what lies ahead for our industry, we always remain determined to ensure the chefs have an opportunity to put themselves into the spotlight and test their skills. Through a series of video demonstrations and online mentoring sessions, we’ll be helping chefs to learn and grow at each stage of the process. It’s more important than ever we keep young chefs engaged in our industry and help them to achieve long-term careers.”

You can follow all the Graduate Awards action on social media using the hashtag #CGCGradAwards.