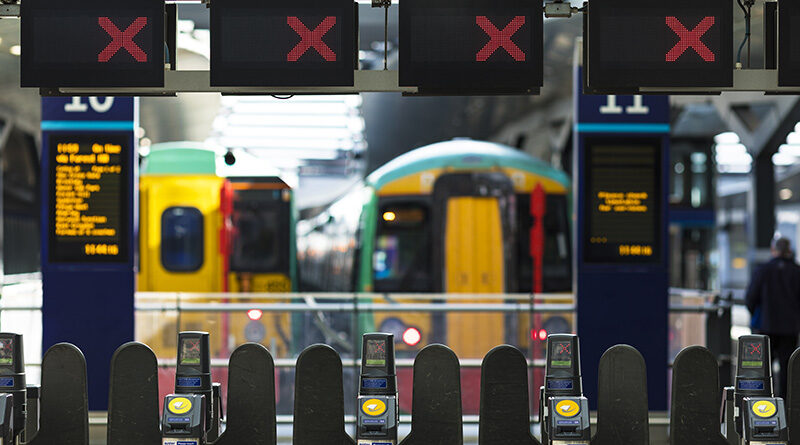 The cost of rail strikes to the hospitality sector is set to reach a total of £2.5 billion since industrial action began in June 2022, a significant increase in the original prediction of £1 billion.

The rail strikes cost bars, pubs, restaurants and hotels in the UK at least £1.5bn in December, traditionally the sector’s most lucrative period, coupled with the cost of living crisis, and is predicted to result in a “huge swathe of businesses and jobs lost”, industry bodies have warned.

Kate Nicholls, the chief executive of UKHospitality, said the financial impact of train strikes on the sector was worse than expected, resulting in a “perfect storm” for businesses battling soaring energy bills and inflation that meant “undoubtedly we will see more business failures” in the next three months.

“Hospitality is facing a New Year hangover as rail strikes delay the return to work and make our town and city centres ghost towns for yet another week. This piles further misery on commuters, visitors and tourists as well as hard pressed hospitality workers and businesses already vulnerable due to the loss of vital pre-Christmas sales.

“The sector has struggled to recover from Covid and these protracted rail strikes since May have made that bounce back much tougher. Enough is enough, this needs to end now.”

Train strikes could continue for months more, the head of Britain’s largest rail union has warned.

Mick Lynch said the RMT union, which began its latest walkouts on Tuesday, had a mandate to take action up until May, and could “go further”.

Train drivers in the Aslef union will also strike tomorrow, January 5, in addition to action being held by the RMT union, meaning that train services will be affected throughout the week when millions of commuters are heading back to work.