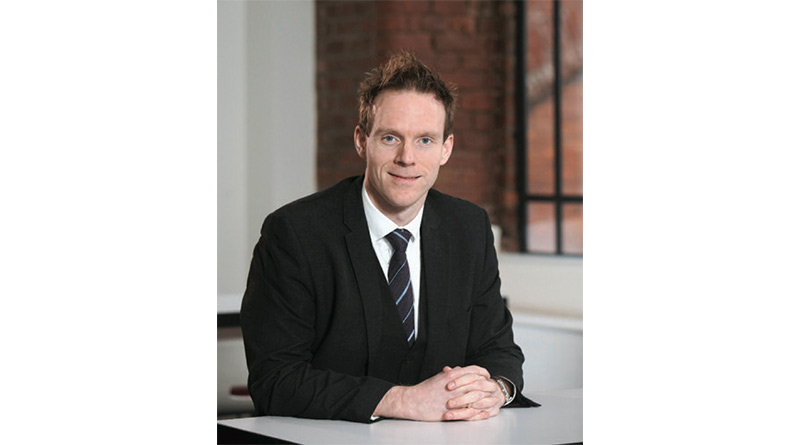 It’s difficult to put into words the impact COVID- 19 has had on the catering and hospitality sector. It’s wreaked havoc on an industry that, prior to the pandemic, produced around 4% of the UK’s GDP. It’s a significant employer and contributor to the country’s economy, yet multiple national and local lockdowns have left an indelible mark on the sector.

As businesses have attempted to diversify and find new ways of reaching customers while their doors have been physically shut, they have also faced the added challenge of trying to recoup money from insurers as a result of unprecedented business interruption.

The topic of protection has been grabbing headlines in recent months, after the Supreme Court heard the appeal of a case initially brought by The Financial Conduct Authority (FCA), concerning the correct interpretation of business interruption insurance policies. Since the pandemic began, thousands of policyholders have had their claims rejected, with insurers arguing that ‘BI’ policies were not intended to indemnify businesses for lockdown losses.

Initially, the FCA brought a test case against eight insurers (involving 21 sample policies) as to the extent they were able to reject claims relating to lost trade during national lockdown. In September, the High Court broadly ruled in favour of businesses, but six of the eight insurers involved lodged an appeal.As reported in Caterer, Licensee and Hotelier News last week, the Supreme Court substantially upheld the High Court’s decision, signalling a significant victory for around 370,000 policyholders who may be affected by the ruling.

So, what did the Supreme Court actually decide and what does this mean for pubs, restaurants and hotels moving forward?

Although the Supreme Court considered that the sample clauses did provide cover for business interruption losses caused by the COVID-19 pandemic, for other policies not specifically reviewed as part of the litigation, it will still be necessary to consider in detail the wording used and cross-refer with the Court’s reasoning.

The key findings of the Court were:

• Disease clauses: the Supreme Court considered that the sample clauses did provide cover for business interruption losses caused by COVID-19 illness, occurring either at insured premises or within the area specified within the policies.

• Prevention of Access/ hybrid clauses: public authority interventions do not require the force of law before they can hinder access, and can apply to customers as well as insured businesses.The ruling acknowledged that all cases will be fact dependent, but cover may be available in respect of partial interruptions.

• Causation: the Supreme Court ruled that the relevant question to ask is, “did the insured peril cause the business interruption losses sustained by the policy- holder within the meaning of the causal requirements specified in the policy?”

• Trends clauses: these are clauses for quantifying financial loss, which allow for adjustments to be made to calculations to reflect changing ‘trends’ or circumstances.The Court highlighted that the purpose of trends clauses is to ensure that previous trading figures are only adjusted so as to reflect circumstances unconnected with the insured peril.

• Pre-trigger losses: the Supreme Court ruled that, in calculating loss, “the assumption should be made that pre-trigger losses caused by the pandemic would not have continued during the operation of the insured peril.”

Policy wording remains king. In other words, when considering whether a policy provides an indemnity in any given scenario, you’ll firstly have to consider what that policy actually says – it is very difficult to imply terms over and above the specific words/ phrases used. As such, if X risk is not expressly stated to be included it will be difficult for the policy to be construed so as to include cover for that risk.

Although only 21 sample policies were considered by the court as part of the litigation, it’s anticipated that around 700 types of policies may ultimately be impacted.The ruling will be beneficial to some policyholders, in confirming that cover is available following business interruption, and less so to others – for example those who have policies which have very narrow or restrictive wording.

Going forwards therefore owners of pubs, restaurants and hotels will need to fully engage with their insurers and brokers at renewal, in order to ensure that they have appropriate cover in place for the risks which their businesses may face.This may lead to more bespoke policies being issued to take account of specific requirements.

Given the additional pay outs which are likely to result from the ruling, this may translate into continuing increases in premiums, which have already started to be experienced across liabilities and sectors. In addition, it’s understood that a number of insurers are considering withdraw- ing from certain markets, or if they remain, issuing significantly restricted policies.To respond to any such perceived gaps in the market, we may see the entry of insurers into new markets, and potentially an increase in the number of unrated insurers – insurers without a recognised financial strength rating.Whilst unrated insurers may offer attractive premiums to potential policyholders, there may also be delays by them in handling claims and a lack of financial stability.

One issue which remains, in respect of those businesses that don’t benefit from the Supreme Court’s ruling, is the extent to which brokers were aware of the developing risk at the start of 2020. In due course, focus may turn to the steps they took to engage with businesses to explore whether appropriate cover was in place to respond to the emerging risk.

It’s extremely unlikely that ‘pandemic’ was on any company’s risk radar this time last year, or was considered anything more than a theoretical risk. Although the pandemic may have initially caught a number of businesses and sectors off-guard, it serves to demonstrate that pandemics are a real threat and businesses must be alive to all potential risks, including those which may only currently be theoretical in nature.