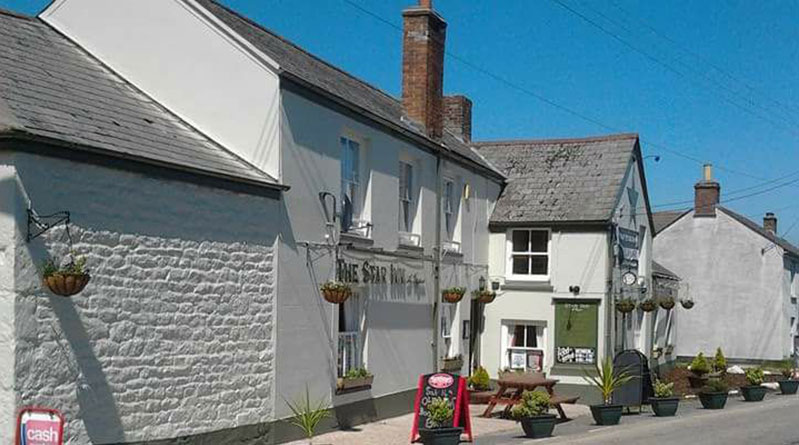 A village pub in Cornwall has received a letter from one of the world’s largest fashion magazines asking it to change its name.

The 150 year old pub The Star Inn at Vogue, received a “cease and desist” letter from Vogue magazine publisher Condé Nast advising that the pub its name might “cause problems”.

Pub landlord Mark Graham said he found the letter “hilariously funny”. He said: “I did think they were being a little heavy-handed, so I thought I’d send them a letter back – being heavy-handed too.”

The company’s letter, seen by the BBC, said “We are concerned that the name you are using is going to cause problems because, as far as the general public is concerned, a connection between your business and ours is likely to be inferred.

“Please would you kindly let us know what field of business your company is trading/intending to trade, and whether you will change your company’s name in order to avoid problems arising.”

However, after Mark sent a letter in reply, pointing out that the pub is more than 200 years old and the village is even older, the global media giant backed down.

The publisher has since replied after “further research” saying it “did not need to send such a letter on this occasion”, Condé Nast wrote “We were grateful for your response and to learn more about your business in this beautiful part of our country.

“I am sure you will appreciate why we regularly monitor use of the name VOGUE, including at Companies House (which is how we were alerted to your company name).

“However, you are quite correct to note that further research by our team would have identified that we did not need to send such a letter on this occasion.