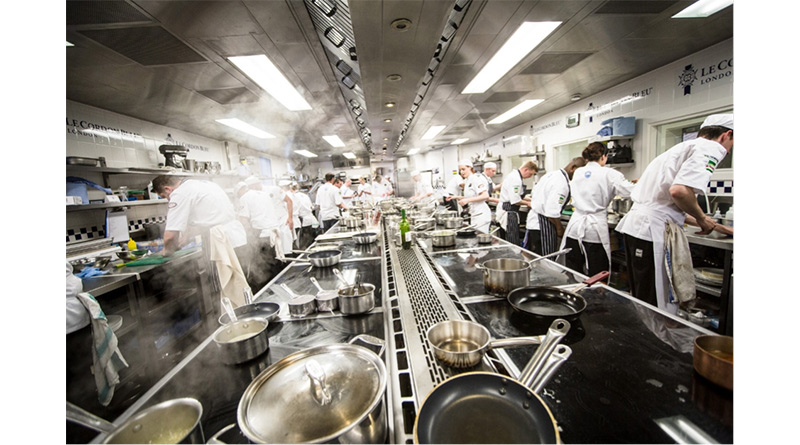 The Craft Guild of Chefs has not let COVID-19 stop them finding ten truly talented chefs to make the National Chef of the Year final this year. Significant changes were made to the competition to ensure that despite the pandemic, chefs had the opportunity to win the UK’s most sought-after culinary title. After 40 chefs were selected last month, the judges have now whittled them down to just ten for a cook-off at Le Cordon Bleu, London next month.

The ten chefs making the final are:

With the semi-final cook-offs unable to take place this year, the finalists were selected by taking into consideration the marks from both the entry stage and the dishes which summed them up in just two to three bites. Both rounds of the competition were judged by a separate panel of judges to make sure the rigorous judging process which NCOTY is famous for remained throughout 2020. With guidance and advice from some of the most respected chefs in the industry, the final decision on who went through was made by Chair of Judges Paul Ainsworth and organiser of the competition, David Mulcahy.

Despite restrictions, the industry will still be able to watch the cream of chef talent battle it out for this career-changing title. The actual cook-off takes place on the 7th September at Le Cordon Bleu but the format for the final has been reinvented with the streaming of an hour-long show during Hospitality Week that offers insights into how chefs have navigated this challenging year.

Chair of judges, Paul Ainsworth added “My decision to ask the chefs to create a dish that summed them up in just a few simple bites was to help me learn more about the chefs and their style of cooking. I wanted to see great plates of food that showed skill, creativity and innovation but also each chef’s passion and determination to take the top spot. This additional round gave us so much insight and inspiration to help us find that all important top ten. We also considered the scores they received in the first round as ultimately it is those three dishes that we will be tasting in the final. I’m confident we have an amazing line-up of finalists from some incredible establishments and businesses. I can’t wait to taste the dishes in a few weeks’ time as ultimately that’s what this competition is all about.”