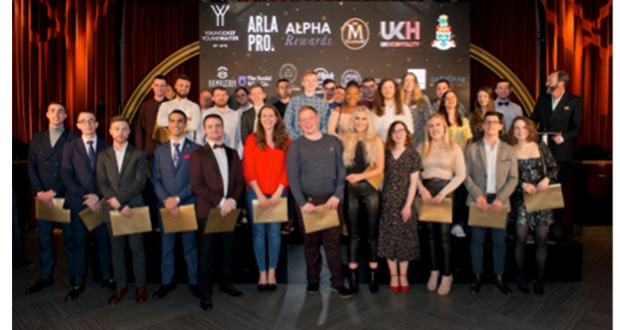 Head chef judge Theo Randall said: “All of the judges were impressed with the top three as they all did so well in this competitive environment for such a young age. Our Young Chef winner, Richard Henderson, was a fantastic character and had a really calm persona in the kitchen. He cooked really well under stress and his final dishes were absolutely flawless. We are all amazed by his personality and think he is going to go a long way in the industry.”

32 semi finalists made up of 16 chefs and 16 waiters had been whittled down to 12 on Monday ready for the final challenges on Tuesday at Westminster Kingsway College. Our lucky finalists moved forward to day two at Westminster Kingsway College which saw them paired up to take on exciting challenges in front of our judges. Our finalists were challenged to make dishes using products from our sponsors Arla Pro and Magnum. The lucky winners will enjoy prizes including a trip to California to work with Chef Thomas and a once in a lifetime culinary experience to Denmark, Arla’s native home.