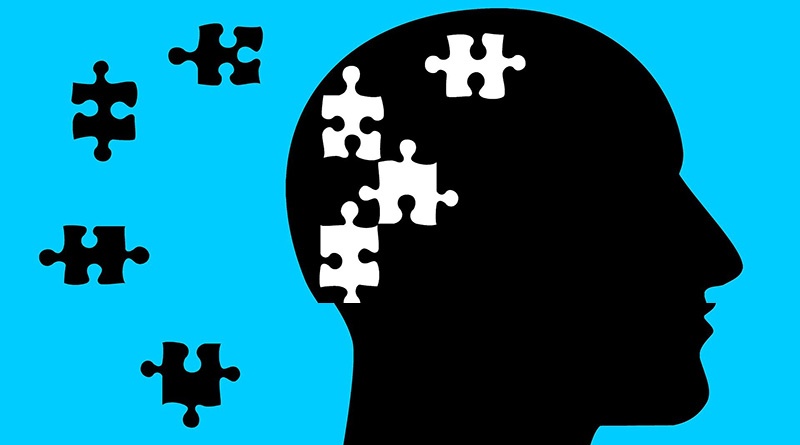 Working as a chef in the catering industry can be as thrilling as it is fulfilling.

The problem, however, is that this pursuit of excellence comes at a high cost – one that many can’t afford. Just last year, the world mourned in the aftermath of the suicide of chef, writer and TV host Anthony Bourdain.

But it’s not just chefs in the world’s most famous kitchens that suffer under the pressure – workers at all levels are in the same boat, as sadly, Bourdain’s situation was far from unique. In fact, approximately 20,000 chefs are calling it quits every year in the UK (about 10% of the entire hospitality workforce), after suffering through long hours and intense working environments.

And it’s not just the physical demands of the role that are running staff down: the heat of the kitchen is burning chefs out mentally, too. A London study in 2017 found that two-thirds of chefs believe a culture of long hours is damaging to their mental health, and things seem to have only gotten worse. A recent report from Nestle Professional discovered that more than 80% of kitchen workers have experienced poor mental health during their careers.
So what can be done?

Below, we explore what aspects of the catering industry are causing damage to mental health, the deeper problems they lead to and what businesses can do to help protect the wellbeing of their employees.

What are the causes of poor mental health?

We all take blows to our mental health from various sources and it’s no different in the catering industry. The problem, however, is that for a chef, many of these triggers are an unavoidable part of the job, and have been for decades.

What do these problems lead to?

1. Sick days
It’s not only the individuals who suffer from the stress of the kitchen, but it can also lead to issues wide wider business operations. The Nestle Professional survey found that 73% of respondents admitted to calling in sick due to stress. Not only are chefs becoming too stressed to work, but the knock-on effects apply even more pressure to the rest of the workforce.

2. Stunted creativity
If you spend lazy Sundays watching your favourite TV chefs delicately preparing mouth-watering dishes with precision and care, you’d be forgiven for believing that working in a kitchen gives you the same opportunity to create a masterpiece.

Unfortunately, the reality of most kitchens is a team of overworked chefs desperately trying to quickly prepare the same handful of dishes — day in, day out. A staggering 85% of chefs feel as though their creativity is being stifled by other pressures in the kitchen.

3. Drug and alcohol abuse
Whether it’s down to the unsociable working hours or the struggle to make it to the end of a long shift, drug and alcohol addiction is a serious issue in catering and hospitality. Fueled by the infamous party culture in an industry that is dominated by younger workers, illicit drug and alcohol use has become the norm.

Famously furious TV chef Gordan Ramsay even created a documentary to shine a light on what he calls the industry’s ‘dirty little secret’. When discussing the wide-spread use of cocaine amongst chefs, he recalls an instance when customers in his restaurant asked him to dust their souffle with the class A drug. The celebrity chef also claims that when testing his 31 restaurants around the world for traces of cocaine, only one was drug-free.

4. Depression
Although rarely spoken about, depression is a common issue for those in the catering industry. A Unite Union Survey found that almost 50% of chefs regularly work between 48 and 60 hours a week, with 69% claiming that long hours had a negative impact on their mental health.

In fact, more than half of those involved in the survey claim to have depression due to their workload.

Kitchens are dangerous work environments. With sharp knives, hot plates and an abundance of grills, ovens and hobs, it’s unsurprising that accidents are commonplace.

Combine these hazards with a fast-paced workload and an overworked and sleep-deprived team and it’s a recipe for disaster.

In their survey, Unite Union found that not only have 79% of chefs had an injury or a near-miss while working, but they blame it on being over-fatigued in the kitchen.

What can businesses do to help?

“Business owners have a duty of care for their employees,” says Daniel Ure from online PPE retailer Vizwear, “and their mental wellbeing is as much of a risk as physical harm”.

“Mental health is getting more of a spotlight than previously, yet it’s still a sore subject for some and is still seen to be surrounded by stigma. As it can be a difficult thing for many of us to bring up, especially in an industry that doesn’t historically talk about it, it’s up to business owners and managers to take the appropriate steps to create a safe and supportive work environment for their employees.”

Restaurants and kitchen often find themselves in a familiar pitfall – when a senior or skilled chef leaves the company, the gap is filled with inexperienced juniors to stem the tide. Although an extra pair of hands is always appreciated, this puts unfair pressure on new starters to outperform themselves and leaves the kitchen ill-prepared.

Taking the time to find a suitable replacement may seem like a luxury you can’t afford, but finding skilled workers will keep a restaurant afloat whereas chefs without experience will inevitably go down with the ship.

2. Create an in-depth training manual (and stick to it!)

Training manuals are an employee’s first glimpse as to what is expected of them in the workplace and what they will receive in return. This is a great opportunity to outline a clear code of conduct for staff to adhere to, creating a positive work environment for everyone.

Chefs are also introduced to the restaurant’s mission statement; helping them understand what the team stands for, what they’re working towards ad how they play their part in making that happen.

Without a proper training manual in place, it’s easy for employees to feel disillusioned with their role, questioning their place in the business and the value of their work.

The workload and speed of service is not something that is going to change in a kitchen anytime soon. However, creating a positive environment for your chefs is something you can implement right away.

Unlike in other professions, everyone feels the same amount of pressure in a professional kitchen – it doesn’t matter if you’re the Head Chef or a Commis Chef.

As such, it’s vital that your staff are working as a team to support each other. This can be as simple as showing gratitude for a job well done, something that is often overlooked in the catering industry, but can go a long way.

4. Switch up the menu regularly

When a chef has made a career out of their passion and worked hard to climb up the ladder, the last thing they want is to create the same handful of dishes on repeat.

Mixing up your À La Carte not only gives your customers the opportunity to try something new, but it gives your back-of-house team the chance to flex their creative muscles and cut through the tedium of a bland menu.

One of the easiest ways to make your staff more comfortable at work is to optimise your space. Kitchens are often dark and are always hot environments, adding to the pressure of the workday – especially when chefs are trying to squeeze there way past each other.

Re-evaluate the layout of your kitchen and think about whether you’re making the most of the available space. Updating your equipment can also help with conditions in the kitchen.

As Gordan Ramsay’s popularity rose, more people were exposed to clips of the celebrity chef screaming and berating chefs for things as trivial as forget to garnish a dish. In fact, Channel 4 came under fire for tweeting a montage of Ramsay’s biggest meltdowns. The clip was slammed for glamorising unacceptable bullying in the catering industry.

Unfortunately, however, the blame extends further than the rise of TV chefs. From world-famous kitchens to local chains, bullying has been passed down from an older generation of chefs who founded many restaurants and whose bad habits have rubbed off.

What support is available?

When it comes to protecting your employees’ mental health, there are a number of resources available for extra support.

Pilot Light – Pilot Light is a campaign focused on changing the way people think and act about mental health through addressing the industry-specific contexts and environments found in professional kitchens and the broader hospitality sector.

Founded by Chefs Andrew Clarke and Doug Sanham, The campaign is unapologetically bold in its approach to combating mental health stigma and hopes to act as a beacon of support to those affected by common-place issues such as depression and addiction.

Whatever challenge you face – from physical or mental health issues to financial difficulty and addiction – Hospitality Action is determined to get you back on your feet again. And when it’s no longer possible to work, they can help you prepare for the next phase of your life.

If you work in catering or hospitality and need urgent help or support in regards to your mental health, there are also a number of confidential services and advice lines available:

Samaritans 116 123 – Confidential 24-hour support for people who are experiencing feelings of distress, despair or suicidal thoughts