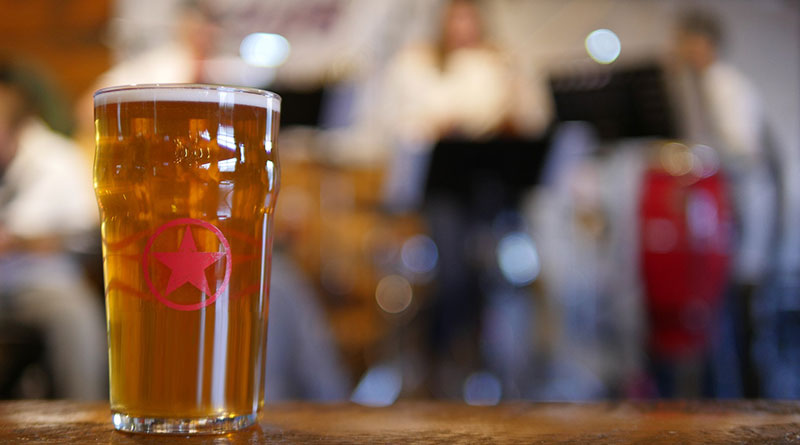 Trade bodies and Europe’s largest consumer group, representing UK brewers, publicans, and beer lovers, are today urging the Treasury to look again at the tax burden heaped on the sector.

In an open letter to the Chancellor, the ‘One Voice for Beer’ group make clear their broad support for the Government’s Alcohol Duty Review, including key proposals that incentivise consumption of lower-strength products and, for the first time, recognise the important role of pubs within the duty regime.

However, they urge further action following an “incredibly tough” pandemic.

The intervention follows a fraught festive period, with trading down 30% on average across England during the second half of December, compared with 2019, according to data from CGA.

We “cannot ignore the fact that the tax burden on UK beer and pubs is still disproportionally high”, the signatories say.

Pubs pay over a third of their turnover in one form of tax or another. In comparison the six US Tech Giants pay less than 2% of their UK turnover in Corporation Tax.

UK Brewers pay over 40% of their turnover in taxes, primarily beer duty, whereas on-line Gambling companies pay only 7%.

The signatories call on the Chancellor to “level the playing field for brewers and pub operators” arguing that beer duty should be reduced closer to the rate of duty paid by cider, which is significantly lower, over future Budgets.

The group make clear that whilst welcome, pubs and brewers may miss out under the Government’s targeted support for pubs announced in the Autumn Budget, with smaller kegs, often used in modern pubs serving a range of beers, excluded from a planned ‘Draught Relief’.

Currently only large kegs containing 40 litres or more are set to be eligible, under Treasury proposals.

Brewing and pubs employ over half a million, twice that of wine, spirits and cider combined, contributing £19 billion to UK GDP and over £10 billion to the Treasury in taxation.

Emma McClarkin, Chief Executive of the British Beer and Pub Association, said: “Combined, the tough economic headwinds and legacy of disproportionate duties on beer and pubs mean that, even after a sensible and positive review of alcohol duties, our sector must ask the Treasury to go further.

“Pubs and the brewers contribute so much to our social fabric and economy yet brewing is one of the highest taxed business sectors in the UK.

“We urge the Chancellor to go further and back British beer and pubs as we build back better through 2022 and beyond.”

Tom Stainer, Chief Executive, Campaign for Real Ale, said: “After two years of COVID house arrest, we need to get people off the sofa and back into the great pubs, clubs and brewery bars across the country.

“Making it affordable to go and enjoy local, independent beers in the safe, social setting of your local pub will bring a myriad of benefits, not just to drinkers, but the local and national economies.”

James Calder, Chief Executive, the Society of Independent Brewers, said: “The Chancellor’s alcohol changes are heading in the right direction for the UK’s small brewers, but there is still an opportunity to address inconsistencies and ensure independent craft brewers can thrive as we emerge from Covid.

“Extending and urgently implementing the 5% duty discount on beer sold in pubs to apply to all types of kegs would help with the UK’s cost of living crisis. There are also still big differences between beer and cider – with cider paying less than half the tax beer does.”

Rick Bailey, Chairman, Independent Family Brewers of Britain, said: “Pubs will help our local communities come together after the torture of the past two years – they can’t do so weighed down by taxes and other costs.

“Now is the moment for the government to ease the unsustainable tax burden they suffer and level down their tax take to a position that is fair and equitable with other industries, so that pubs can step up to the plate as we get back to work and reopen the country.”