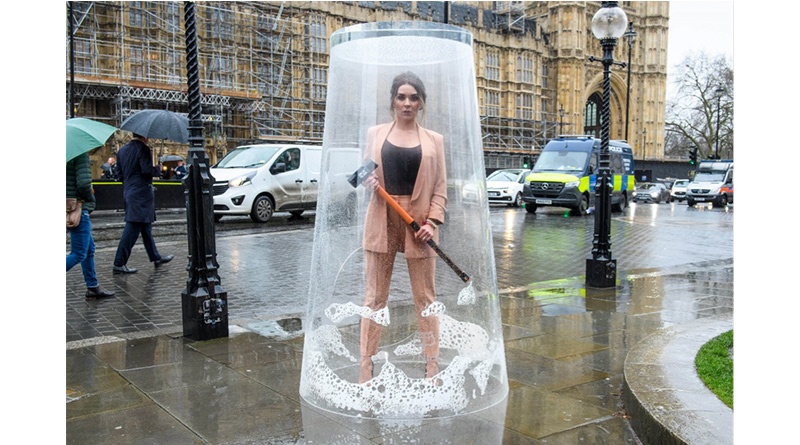 British beer drinkers have paid as much in Beer Duty by February 27th as those in Germany will pay all year, despite the fact that German drinkers consume nearly double the amount annually[1].

Pub owner and Great British Bake Off winner, Candice Brown, protested outside Parliament today, trapped under a giant pint glass that represents the enormous financial pressure local pubs are facing. The protest is backed by Long Live The Local who are asking the Government to listen to the 250,000 Brits who have signed a petition asking for a cut in Beer Duty in the upcoming Budget. 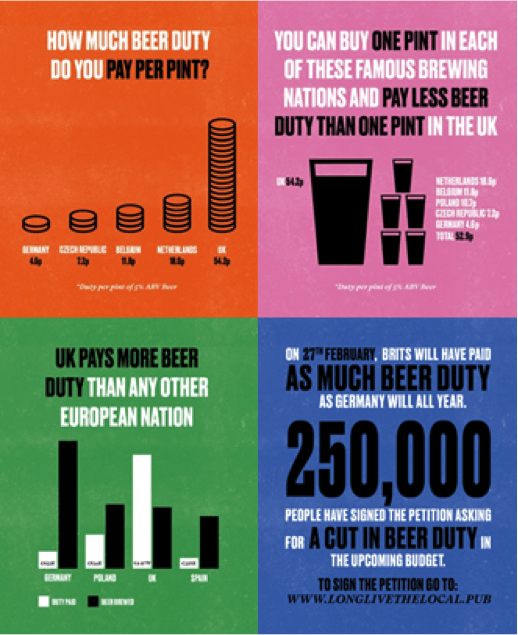 Financial pressures from a range of taxes, including Beer Duty, are still putting local pubs at risk of closure. Currently one in three pounds spent in the pub goes to the taxman[2]. With seven in 10 alcoholic drinks served in pubs being beer[3], a Beer Duty rise will impact pubs disproportionately, putting them under even more pressure.

Publican Candice Brown commented: “Pubs are the beating heart of cities, towns and villages up and down Britain – they not only provide jobs but a place where everyone and anyone can meet and socialise. If the Chancellor does not act now, he is set to damage not only businesses but communities as well”.

David Cunningham, Programme Director of Long Live The Local said: “Pubs employ almost 600,000 people. On average a pub contributes over £100,000 to its local economy. Despite this, pubs are overtaxed, with each pub paying an average of £140,000 every year through a range of taxes, one of which is Beer Duty. Beer Duty in the UK is 11 times higher than in Germany and Spain, which is why we’re asking for a modest cut in Beer Duty to save thousands of jobs and help protect the future of local pubs”.

Beer Duty raises a whopping £3.4 billion a year for the Treasury, 4 times more than any other European nation. Spain brews almost as much beer as the UK yet pay 11 times less Beer Duty. In fact, in the UK for every pint of 5% ABV beer you pay 54p[4] in Beer Duty, however for the same pint in Spain you would pay only 5p. See below for more detail about how our duty rates and payments stack up against other European countries.