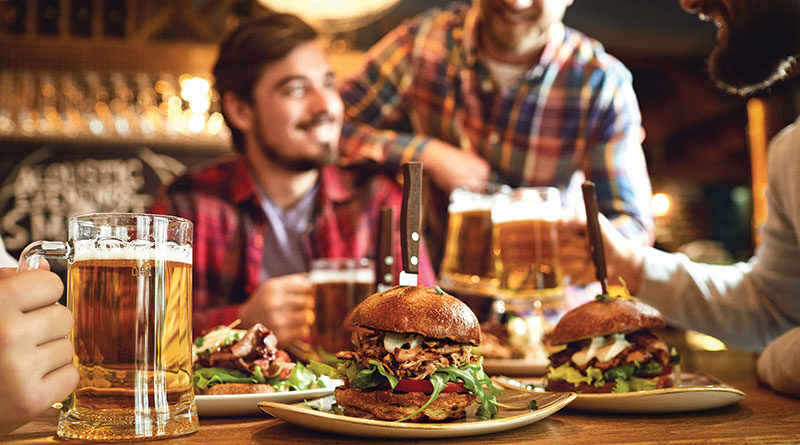 Last quarter, business optimism continued to deteriorate for the third consecutive quarter across the service sector as a whole, the decline was particularly sharp in business and professional services where sentiment fell at the fastest pace since May 2020.

Business volumes were mixed in the service sector with unchanged volumes in business & professional services while consumer services saw a further fall in volumes. With cost and price growth remaining well above average in both sub-sectors, profitability continued to drop in the three months to November

Next quarter, volumes and profitability are tipped to fall across the service sector with strong cost and price pressures expected to persist. That’s according to the latest CBI Service Sector Survey, based on responses from 297 service firms. The survey was conducted between 28 October and 16 November.

“While firms welcomed aspects of the Autumn Statement, the sector is looking for longer-term measures from Government to spur business investment and bolster confidence into 2023 and beyond. In particular, firms want Government to focus on growth by fighting inflation and the recession together.

“Zero-cost growth levers like regulatory and planning reform, using existing flexibility in the immigration system, and providing greater tax clarity could all help ease the current handbrake on growth.”

Business & professional services
• Sentiment about the general business situation fell (-55%) at the fastest pace since May 2020
• Business volumes remained flat (-2% from -1%) over the last quarter, but are set to fall at an accelerated rate next quarter (-32%)
• Cost pressures have eased slightly but remain strong (+59% from 69%) and are set to grow at a similar pace next quarter (+61%)
• Average selling prices continued to grow at a quick rate (+30% from +31%), the second fastest pace on record
• Profitability dropped for the fourth consecutive quarter (-11% in Nov). Profits are also expected to decline at a much faster pace over the next quarter (-38%)
• Meanwhile, employment continued to grow in the quarter to November (+7%), albeit at the slowest pace since February 2021. Headcount over the quarter ahead is expected to grow modestly (+4%)
• Firms expect to cut back on spending on land and buildings (-9%), IT (-7%) and vehicles, plant & machinery (-6%)
• Uncertainty about demand (48%) was the biggest factor weighing on investment
Consumer Services
• Optimism about the general business situation continued to deteriorate, but at a slower pace than in August (-48% from -64% in August)
• Business volumes continued to decline for the second quarter running in the three months to November (-32% from -37%) albeit at a slightly slower rate, while the pace of decline is set to accelerate slightly next quarter (-39%)
• Costs continued to grow in the year to November (+57%), but have eased from the record rate set in August 2022 (+88%). Expectations are for growth to edge slightly higher next quarter (+61%)
• Average selling prices continued to grow (+41%) but at a slower pace compared to the three months to August (+52%). However price growth is set to accelerate again next quarter (+48%)
• Profitability fell for the fourth consecutive quarter (-41%), with profits expected to fall at a quicker rate next quarter (-63%)
• Employment fell at the fastest pace (-17%) since February 2021 (-47%), with headcount set to further decline at a significantly faster pace next quarter (-40%)
• Consumer services firms expect to cut back on spending for the first time since February 2021 in training (-11%) and land and buildings (-30%) while cutbacks continue in IT (-13%) and vehicles, plant & machinery (-39%)
• Uncertainty about demand (+57%) and shortages of labour (+41%) were the biggest factors weighing on investment