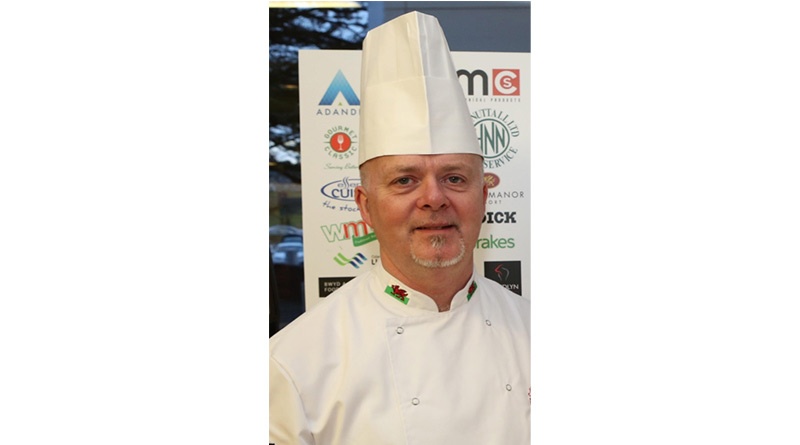 A proud Welshman will be one of the judges running the rule over the world’s best chefs at the IKA/Culinary Olympics in Stuttgart from February 14-19.

Colin Gray, managing director of Capital Cuisine, Caerphilly and vice president of the Culinary Association of Wales (CAW), will join the panel of Worldchefs judges at the world’s largest and oldest international culinary art exhibition.

He previously competed three times as a pastry chef for Culinary Team Wales at the Culinary Olympics, where around 2,000 chefs and pastry chefs from more than 60 nations will be competing.

Senior and junior chefs will represent Culinary Team Wales in Stuttgart. Colin represented Wales for nine years himself until he retired from competition in 2003 as vice-captain.

“I’m absolutely delighted to still be representing the Culinary Association of Wales 26 years after I became a founder member of Culinary Team Wales,” said Colin, who has chaired the judging panel at the National and Junior Chef of Wales competitions for many years.

The Culinary Olympics competitions are split into two elements – a Restaurant of Nations where teams produce a set number of three-course meals and an edible chef’s table, a newcomer which aims to reduce food waste.

In Colin’s final competitive appearance for Wales, he won gold and silver medals at the Culinary World Cup in Luxembourg in 2002. He has continued to play a support role as a mentor and advisor.