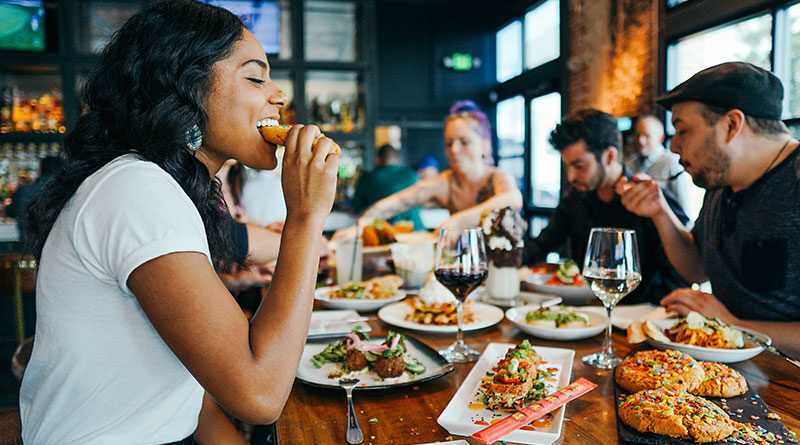 Card spending grew 17.7 per cent in March compared to the same period in 2019, as Brits took advantage of the sunnier weather and lifting of all remaining Covid restrictions to visit pubs, dine out, and update their wardrobes in preparation for the months ahead.

Data from Barclaycard reveals that spending on essential items grew 18.1 per cent in March, the highest uplift since September 2021. This was largely driven by spend on fuel, which soared 26.1 per cent as prices at the pump continued to climb.

Despite the rising cost of living, Brits are still finding room in their budget for discretionary purchases, with non-essential spending up 17.5 per cent compared to the same period in 2019. Hospitality and leisure saw particularly strong growth, rising 18.3 per cent, boosted by a 41.7 per cent surge in spending at bars, pubs and clubs, as the lifting of all remaining social distancing restrictions at the end of February encouraged Brits to flock back to beer gardens to enjoy the warmer weather.

Entertainment also enjoyed an uplift (20.3 per cent), driven by cinema-goers watching major releases such as ‘The Batman’, while takeaways and fast food soared 79.6 per cent compared to three years ago, reflecting a lockdown trend which has become a mainstay for many households.

In a sign that the staycation boom is set to continue, hotels, resorts & accommodation enjoyed a boost of 15.3 per cent compared to the same period in 2019, as holidaymakers made plans to take trips and breaks across the UK.

Owing to the energy price cap increase on 1 April, over nine in 10 Brits (91 per cent) feel concerned about the negative impact of rising household bills on their household finances – a two per cent increase on February and five per cent higher than in December.

The cost of living squeeze is also causing the majority to worry about the financial impact of wider international conflicts and sanctions, inflation, and rising energy bills (all 89 per cent), as well as food prices (88 per cent). This could explain why optimism about the future of the UK economy has fallen to 27 per cent, its lowest level since January last year (24 per cent).

José Carvalho, Head of Consumer Products at Barclaycard, said: “Many sectors saw strong growth in March compared to the same period in 2019, as sunnier weather encouraged Brits to socialise at pubs and bars, book staycations and update their wardrobes for spring and summer.

“However, rising fuel prices and household bills are clearly starting to influence consumer behaviour, with many Brits changing their travel and shopping habits to save money. While this may dampen growth in the months ahead, we shouldn’t overlook the expected heatwave later in April, and the fast-approaching Easter holidays, both of which are likely to boost non-essential spending.”