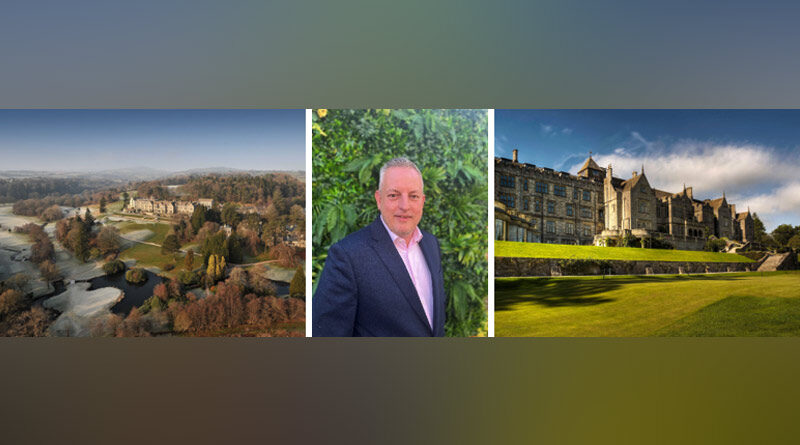 The Eden Hotel Collection has promoted Dean Gunston from Senior General Manager of The Greenway Hotel and Spa in Cheltenham and Brockencote Hall Hotel in Worcestershire to take the reins at Bovey Castle, in Dartmoor National Park.

Dean has worked with The Eden Hotel Collection for more than 13 years, starting his time at the company as General Manager at The Kings Hotel in 2009, before moving to Brockencote Hall Hotel in 2011, and latterly The Greenway Hotel and Spa – a post he held for almost six years. He is set to play a key role in significant growth plans at Bovey Castle, at a time the group continue to invest in its portfolio with a number of refurbishment projects either planned or already underway.

Mark Chambers, Group Managing Director of The Eden Hotel Collection, said:
‘This appointment marks an exciting period for the hotel, Dean brings a tremendous amount of experience and enthusiasm to his new role. We know we have some exceptional talent within our ranks and as a company we truly believe in giving people pathways for career development, so I am delighted to see him step up to his new position.”