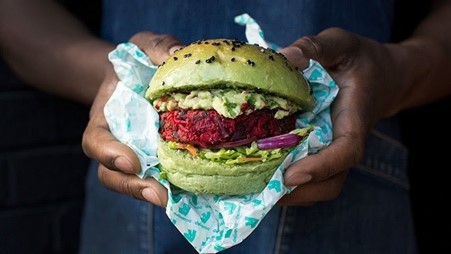 Deliveroo is reporting a huge increase in demand for vegan food in the last twelve months, with orders of plant-based dishes up 117% on the previous year.  According to the food-delivery giant, the first week of January 2021 saw a 153% rise in searches for ‘vegan’ food in the app compared to the month before, as Brits across the country take on Veganuary.

The online food delivery service has reported that  more restaurants than ever have introduced plant-based menus and dishes to their regular offering and there are now over 15,000 plant-based and vegan friendly restaurants available in the UK on Deliveroo across the UK.

The cities with the most vegan orders (as a proportion of their total orders) this year in order are: Brighton, Bristol, Coventry, Leeds, Manchester, York, Liverpool, Edinburgh, Norwich and London.

Hundreds of thousands of Brits will be giving ‘Veganuary’ a go in 2022, and Deliveroo are encouraging people to try going ‘Vegan-ish’ this month and enjoy the huge range of amazing Vegan options available on the app.

An increase in the choice of delicious vegan gastronomy may be helping to convince people to stick with their pledge beyond January, according to a survey carried out by Veganuar, 85% of Veganuary’s 2021 participants planned to either stay vegan or cut animal consumption by at least 50%.

Elena Devis, Vegan Category Lead, Deliveroo said, ‘Earlier this year we asked the UK what they would like to see more of on delivery platforms, and nearly half of the survey respondents (48.5%) said they were keen to see more meat-free options.

‘The UK’s appetite for vegan food is one that just seems to be getting bigger and bigger every year which is why we’re proud to offer such an incredible range of plant-based dishes available across restaurant and grocery menus. Vegan and Plant-based food is a growth area we are really excited by at Deliveroo so we’re super happy to be supporting Veganuary again this year.’

Toni Vernelli, International Head of Communications and Marketing at Veganuary, said, ‘We’re really excited to be working with Deliveroo again this Veganuary. Their dedication to improving the visibility and availability of vegan options on their platform is making it much easier for people who want to adopt a more climate-friendly diet – and that number is growing every year!’