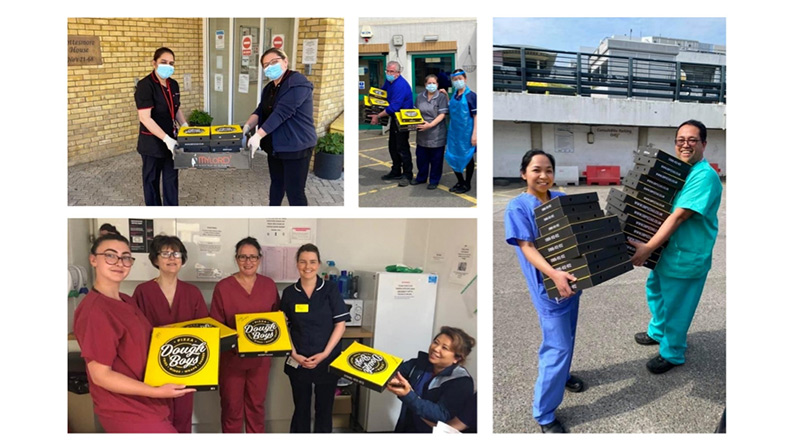 A family-owned pizza joint in Uxbridge have donated over 2,500 pizzas to local families, businesses, charities and more in their quest to help the local community during what has been an incredibly tough year. Despite having their own plans to open a family-run pizza joint delayed due to the COVID-19 pandemic, brothers Preet and Raman were determined to help in any way that they could.

In 2020, Preet and Raman decided to put their careers on hold to open their own American-style pizza joint in Denham, Uxbridge. With Preet having spent time in the US for work and Raman frequently visiting the States, the brothers both fell in love with the concept of American pizzas and wings. However, starting a business during COVID could never be planned. None-the-less, the brothers were not deterred:

“Last year, we were scheduled to open in March. However, Covid kicked in which meant we were unable to open to the general public. We collectively then decided that better than sitting at home that we would become part of the front line and help as many hospitals key workers as we possibly could.” Says Preet.

At the height of the charitable project, Preet and Raman were making 20kg of dough every day just for the community. This amounted to a staggering 2,500 pizzas – all of which were carefully distributed to keyworkers, frontline staff and charities in and around Uxbridge.

“Being Sikh, charity is ingrained in our culture and to help whoever is in need. It’s more a cultural thing from where we come from.”

“We couldn’t ask for a better start to the business and we would like to thank everyone in the community who has supported us. We hope that we can carry on doing the same in return in the coming years.”

Now, as the world slowly moves beyond COVID and looks towards a brighter future, Preet and Raman reflect the importance of community and togetherness:

“The world has now changed; it’s a reset and I think people should collaborate and do more for the communities and help one another out. I think it’s been a huge lesson!”