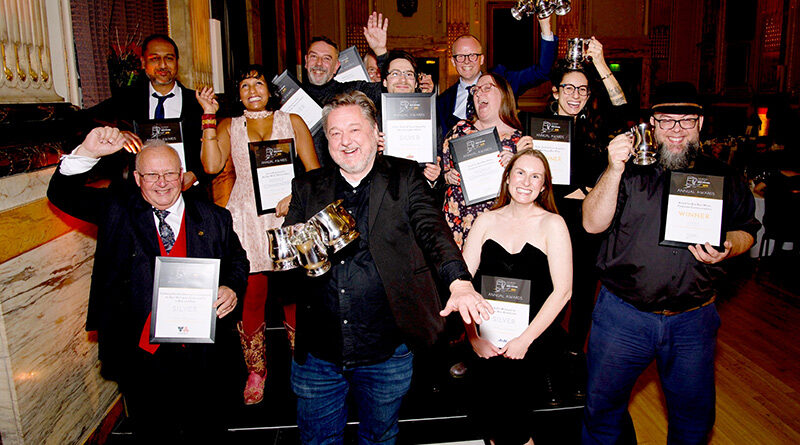 The British Guild of Beer Writers has announced the writers, journalists, bloggers and other communicators who have reached the finals of its Annual Awards 2022. Category winners and runners up as well as the overall Beer Writer of the Year and Brewer of the Year will be unveiled on 23 November at the Guild’s Annual Awards Dinner in London.

Judges read, viewed and listened to 190 entries including books, newspaper and magazine articles, blogs, radio broadcasts, films and podcasts. Entries were submitted across 16 categories including new Awards for Best Communication about Diversity in Beer and Pubs, and Best Communication about Cider, the latter following the Guild’s decision to include cider writing within its remit. The winners will share a highest-ever prize fund of £19,500 thanks to the Award sponsors.

Finalists were selected through a robust judging process by a panel chaired by Pete Brown, current Beer Writer of the Year, who said: “I first chaired these Awards a decade ago and this year’s field feels very different: more entries tackling a broader range of topics and using a wider range of media, submitted by a more diverse group of writers and other communicators.

“The quality of entries this year is as high as it’s ever been, which speaks volumes for the standard of communication achieved by Guild members. It also means that some great work has sadly not made the cut this year, so as well as congratulating our finalists, we send our commiserations to the talented communicators who’ve missed out this year – and hope they enter again.”

The Brewer of the Year Award, sponsored by SIBA, is decided by Guild members. Seven brewers were nominated by members, who then voted in an online poll. The winner will be announced at the dinner.

The Awards dinner will be held on 23 November at One Great George Street in Westminster. Guests enjoy dinner with beers matched to each course and beers before and after the meal, provided by the Awards sponsors. Guild members, both individual and corporate, and non-Guild members, are welcome to attend, more information and tickets are available on the Guild website.