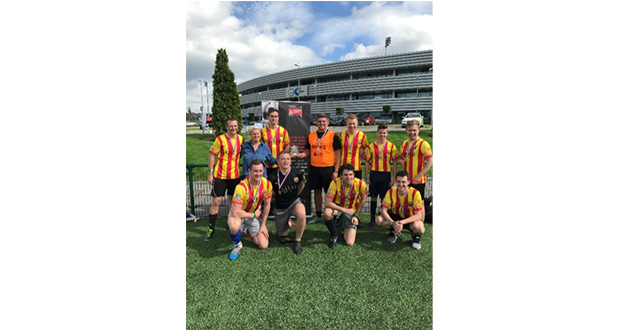 Over a hundred people from the region’s hospitality industry will take part in a charity 5-a-Side football tournament this weekend.

The ‘Manchester Football Event’ in association with Manchester Hoteliers Association (MHA) will raise funds for Hospitality Action, which has supported people who work, or have worked within hospitality in the UK and find themselves in crisis, for 180 years.

It takes place this Sunday, August 18 at the Power League site in Ardwick, Manchester.

Adrian Ellis, Chairman of MHA, said: “We are all very excited for the return of the MHA Football tournament, which will see hoteliers and those working in hospitality from across the city, compete for the title.

“The tournament will provide those working in the hospitality sector with a fantastic opportunity to boost team morale, whilst raising money for a great cause.

“So far, 14 hotels from across the city have signed up to compete, including from The Lowry, the Raddisson Blu, The Dakota, and The Renaissance, just to name a few.

“We are urging more hotels and MHA affiliates to get involved, in order to maximise the proceeds that will go to Hospitality Action.”

All of the funds raised this year will go to Hospitality Action, which supports people who have retired from the hospitality industry who may be isolated, those suffering from life altering illnesses, experiencing poverty, bereavement and domestic violence.